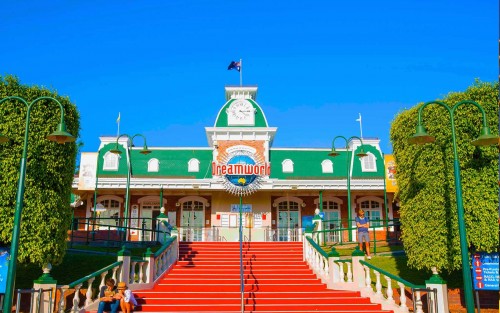 In a report to the Queensland Coroner, the Police say no Dreamworld staff should be prosecuted for the incident in which a ride malfunctioned nearly a year ago, killing four people.

However, speaking to media a Queensland Police spokesman said it would be up to the coroner whether any staff were eventually charged, advising “Police have recommended no criminal charges be laid, but obviously that’s only a recommendation, the coroner may come back with suggestions relating to prosecution."

As part of its two-volume submission to the Coroner, Queensland Police are understood to have also recommended a coronial inquest be held into the tragedy.

The popular ride was nearly 30 years old with it being reported that a young female employee was was on her first day of operating the ride when it malfunctioned.

Workplace Health and Safety Queensland handed its report into the incident to the Queensland Government last month, and government lawyers are now assessing it to see if any charges should be laid.

The Queensland Parliament passed new industrial manslaughter laws this month, with maximum penalties of 20 years imprisonment for an individual or a maximum fine of $10m for a corporate offender.

However, the laws are not retrospective, and so would not apply to the Dreamworld case.

The Queensland Coroner James McDougall told the media last year that he hoped an inquest would be held this year. However it now appears unlikely that any inquest will be held till 2018.

According to reports, Queensland Police considered that the incident could have been a terrorist attack in its immediate response.