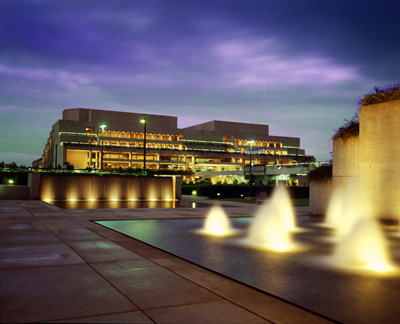 The Queensland Performing Arts Centre (QPAC), at the world-renowned arts centre on Brisbane’s South Bank, has recently marked 30 years of creating and sharing art and entertainment.

Since raising the curtain in 1985, QPAC has welcomed more than 20 million visitors and presented over 26,000 performances with more than one fifth of patrons attending free events.

Developed under the Government of Queensland’s longest-serving Premier Joh Bjelke-Petersen, QPAC was officially opened by the Duke of Kent on 20th April 1985 and celebrations included a public parade that crossed the Brisbane River to mark its opening.

While the Government of Premier Bjelke-Petersen was now known for artistic freedoms and had little interest in the arts, ‘Sir Joh’ was enthusiastic about big infrastructure projects and was persuaded to back a design by architect Robin Gibson.

Including a concert hall, playhouse, theatre, studios, event spaces and a performing arts museum, QPAC has been widely credited for transformed both Queensland arts and a city once known as a big country town.

Over the last three decades the centre has supported numerous forms of live performance and has hosted some of the world's biggest artists.

Since mid April, a series of anniversary celebrations have been acknowledging audiences, artists and staff alike as well as the success of the centre's growth.

“Over time we have grown to be part of the fabric of this city and I hope a trusted curator, presenter and host.

"Celebrating our 30th anniversary is certainly about honouring our past and our achievements and it's about looking forward, laying the foundation for the next decade.

"The centre is a centre of change and energy, where people's experiences of live performance stays with them long after they have left and ultimately makes a difference to our communities."

QPAC may also soon be acknowledged for its historical value, with the Australian Institute of Architects recently lodging an application for heritage listing for the buildings.

Click here for more information on the anniversary events.