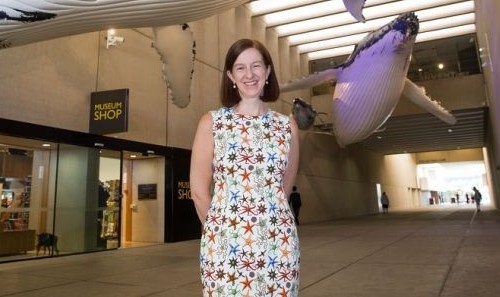 Suzanne Miller, Chief Executive of the Queensland Museum and Queensland's Chief Scientist, has stepped down from her role having been arrested and charged with fraud.

Miller, aged 52, was charged by Queensland’s Crime and Corruption Commission on Monday after allegedly wrongfully claiming health insurance worth $45,000 through her contract at the Museum.

She was released from the watchhouse on bail with a list of eight conditions including a ban from attending the Museum and contacting any former or present staff or board members directly or indirectly.

Her office and home have been raided by Queensland Police.

The allegation against her dates from February 2014 to this week, according to court documents, which allege she dishonestly gained a benefit for herself, "namely private health insurance by Queensland Museum".

It is understood prosecutors will allege that Professor Miller, claimed she was on a special talent visa that entitled her to the insurance when she was not. She became an Australian citizen in January 2013, while working in South Australia.

Newspaper reports suggest that prosecutors will allege Professor Miller wrongly represented herself to be eligible for health insurance because of a special purpose visa.

As part of her bail conditions, she was also ordered to surrender her passport, remain in the country and avoid contact with the state government's Corporate Administration Agency and witnesses.

Professor Miller was appointed Queensland Museum Director and Chief Executive in July 2013, after leaving having been Director of the South Australian Museum from 2007 to 2013.

She took on the role of Chief Scientist in December last year, becoming the first woman to hold the role.

A distinguished scientist, curator and administrator, she draws a salary of more than $400,000 a year in her dual roles.

Professor Miller is due to appear before the Brisbane Magistrates Court on 8th August.