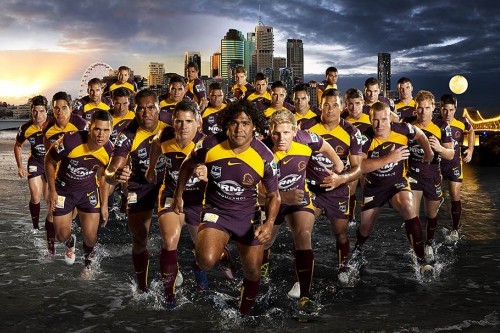 With the Brisbane Lions having announced that they are to relocate to a new elite training base west of Brisbane, the Queensland Government has moved to keep the NRL's Brisbane Broncos in the state capital.

The Government are to give the Broncos access to unused state land, allowing the team and its Leagues Club to remain at their traditional Red Hill home and to continue supporting the community.

Queensland Premier Campbell Newman said the Broncos will now be able to develop the land across the road from the current club and training oval, stating "this commitment provides the land needed to keep the Broncos in Brisbane.

"It gives the Broncos exclusive access to the unused northern part of the Ithaca TAFE campus to build a new sports field and a high-performance training facility.

"A long term lease will be given to the Brisbane Broncos Leagues Club, which will work with the Department of State Development, Infrastructure and Planning on preliminary planning for the site.

"The Broncos have consulted not just with the Leagues Club's 50,000 members, but also the wider local community and have stressed the need to get on with the job quickly.

"The club came to me with its plan, which will set it up for the future while creating improved community amenity and opportunities for local sporting, charity and community groups.

"It is a good plan, and we're pleased to be able to support it and the local community in this way."

Queensland Education Minister John-Paul Langbroek said his department's review into TAFE sites is not yet completed, but with the northern end of the Ithaca site clearly unused, it was a win-win.

Minister Langbroek stated "we are happy to be able to provide an opportunity to keep the Broncos in Brisbane, as well as a way to benefit the local community and other sporting groups."

Brisbane Broncos Chief Executive Paul White thanked the Premier for his willingness to work collaboratively and get the project going, adding "the Broncos pride ourselves on being part of the Brisbane community, so we'll make sure this facility is best not just for our club, but also for locals who support us and help make us successful.

"To stay at the top of a competition like the NRL, we need to have the latest and best training facilities, and the Premier's announcement today will allow us to do that."