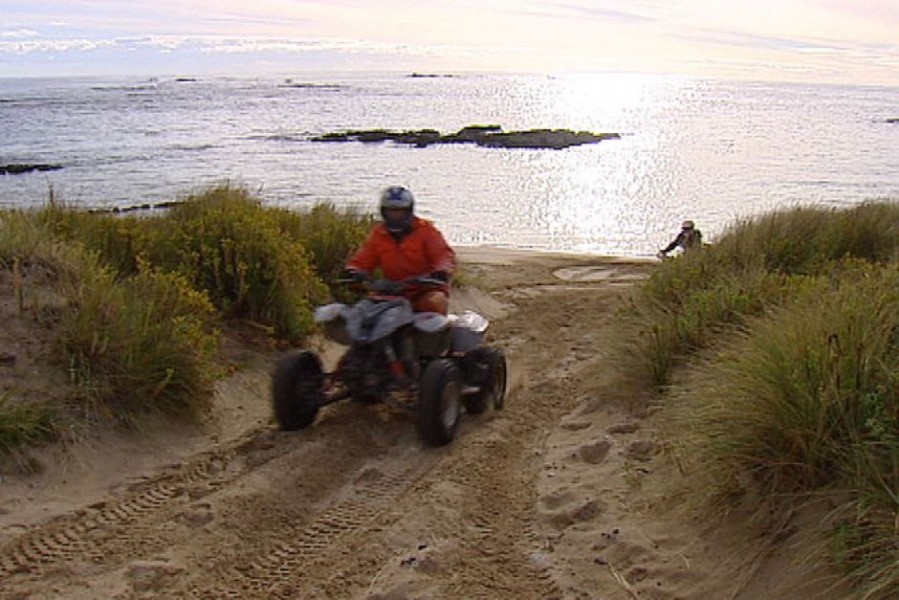 Over Easter on the remote West Coast, quad bikers were filmed riding in the Arthur Pieman Conservation Area on tracks which are closed by court order.

These incidents follow the ABC having obtained images of four-wheel drives with number plates obscured by tape flouting the ban earlier this year.

Minister Groom said the area was being resourced as best it could within budget constraints, telling the ABC “we have made it very clear to the broader public that we expect people to act in accordance with the law when they're in that area.

"It is very, very important thing, from our perspective, that we show respect for the injunction while we work through a policy outcome consistent with our commitment to the Tasmanian people."

The tracks in the Arthur Pieman Conservation Area had been used by four-wheel drive enthusiasts for generations.

However, the previous Tasmanian Government closed them in consideration of the area's rich Aboriginal cultural heritage and environmental assets.

In opposition, the current Tasmanian Government pledged to spend $300,000 to upgrade and reopen about 90 kilometres of track.

Reopening of the tracks has been delayed by an appeal to the Federal Court by the Tasmanian Aboriginal Centre.

The matter is set down for hearing at the end of August.

The Tasmanian Parks and Wildlife Service has faced budget reductions of $2.5 million under the present Tasmanian Government and is currently reducing its staffing complement by 10%.