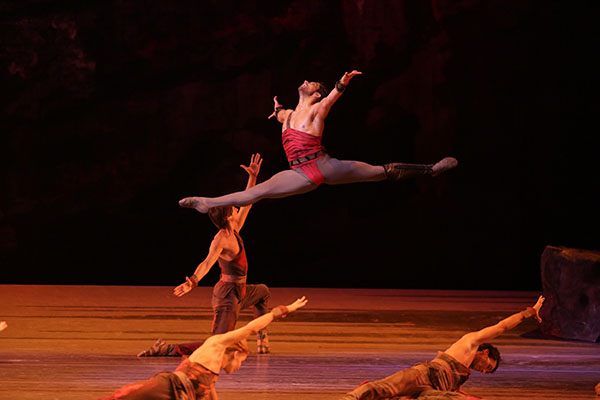 Introducing the performance, Queensland Minister for Arts Leeanne Enoch stated “as part of the 2019 QPAC International Series a free simulcast of Yuri Grigorovich’s Spartacus will be available on Saturday 6th July 2019 to audiences in regional Queensland.

“From Toowoomba to Mount Isa and up to Cairns and across to Longreach, audiences will be able to enjoy the live simulcast and see views of the stage from many different angles, as well as close-ups of the action, sets and costumes.

“I’m delighted that regional audiences will be offered the opportunity to experience one of the world’s best ballet companies accompanied by our very own Queensland Symphony Orchestra.”

Queensland Tourism Industry Development Minister Kate Jones said the simulcasts would open up a world-class event to audiences, adding "regional communities and visitors travelling throughout Queensland will be able to enjoy this spectacular event live from Brisbane, sharing the joy of this major event across the state

“The Bolshoi Ballet’s performances are a highlight of the state’s It’s Live! in Queensland events calendar, which is expected to generate $800 million for Queensland’s economy in 2019.

“Opening up our major events across the state boosts Queensland’s profile as the place to experience events.”

Kotzas advised “since Spartacus was first performed in the Bolshoi Theatre some 60 years ago, it remains the ultimate balletic tour de force. A staple of company’s international touring schedule, it showcases the scale, power and strength of the company, and aptly captures the meaning of the word bolshoi - which literally means ‘big’ in Russian.

“QPAC is committed to making the arts accessible to all Queenslanders through live and digital formats for regional audiences.

“Simulcast audiences will experience Spartacus as seen from the best seats in the house and enjoy exclusive behind-the-scenes interviews prior to the performance.

“I urge as many Queenslanders as possible who can’t make it to Brisbane to take in this world famous ballet company in the convenience of their closest venue via the free live simulcast,” said Kotzas.

The 2019 QPAC international Series will see the presentation by the Bolshoi Ballet of two ballets; Spartacus and three-act ballet Jewels in QPAC’s Lyric Theatre between 26th June and 7th July 2019, including the rare opportunity for audiences to make a weekend of it and see both ballet productions on the first weekend of the season.

The simulcast of Bolshoi Ballet’s Spartacus on Saturday 6th July is free to attend, but requires bookings at the venue.