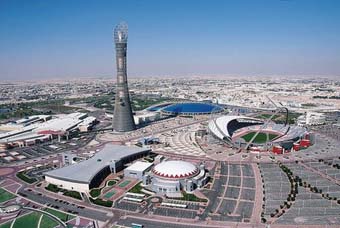 Plans have been revealed to nearly double the size of Qatar’s Aspire Zone by adding new venues, recreational areas and additional aquatic facilities.

The vision for the sporting precinct, located on the western edge of the Qatari capital of Doha, also includes restaurants, residential areas and a new 68,000 metre2 shopping centre, to be known as Aspire Park Mall.

Commenting on the expansion, Phillip Templar, Director of Venues and Events at Aspire Zone’s logistics division, told local media "there’s a growing demand within Qatar for more facilities for the sports and events industry.

"We see at least 1,000 events a year. With the addition of the new facilities, we expect the number to touch new highs.”

The cost of the expansion has not been disclosed.

Founded in 2003, the 250-hectare development next to what is now Villaggio Mall was originally known as Sports City.

Rebranded as the Aspire Zone in 2006, the same year Qatar hosted the Asian Games, the precinct also includes two hotels, the Aspire Academy training centre, a sports medicine and orthopaedic hospital as well as several athletic venues including the Hamad Aquatic Centre and the Khalifa International Stadium.