Qatar to be MidEast’s top tourism performer in 2012 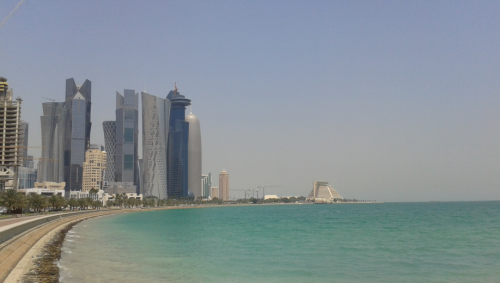 The World Travel & Tourism Council (WTTC) is forecasting that Qatar tourism will grow by 13.2% this year.

The WTTC said growth in the Middle East as a whole would be a more subdued 3%, with stark difference at a country level.

The WTTC said in a statement that Qatar will grow fastest at 13.2% while Syria will likely see another dramatic fall, projected at 20.5%, as the political situation worsens, increasing concerns over security.

For Syria, it represents a huge decline after the country attracted 14% of all international arrivals in the Middle East in 2010, second only to Saudi Arabia - where numbers are boosted by the annual Hadj pilgramage.

Last month, STR Global data said Qatar's tourism sector was likely to see a near-70% growth in hotels, the largest in the Middle East and Africa. The Middle East/Africa hotel development pipeline for January comprised a total of 495 hotels totalling 131,981 rooms, according to STR Global's construction pipeline report.

Among the countries in the region, Qatar reported the largest expected growth (up 69.9%) if all 7,340 rooms in the country's total active pipeline open. According to the WTTC's latest research, the tourism industry's direct contribution to the global economy should exceed $2 trillin in GDP and 100 million jobs this year.

This contribution to GDP would represent a growth of 2.8%, marginally faster than the global rate of economic growth, predicted to be 2.5%.

When the wider economic impacts of the industry are taken into account, travel and tourism is forecast by WTTC and its research partner Oxford Economics to contribute some $6.5trn to the global economy and generate 260 million jobs - or 1 in 12 of all jobs in the world.

WTTC President and Chief Executive David Scowsill said that over the medium term, the prospects of the industry were even more positive with average annual growth expected to be 4% through to 2022 by which time travel and tourism will employ 328 million people - or 1 in 10 of all jobs on the planet.

Scowsill explained "it is clear that the travel and tourism industry is going to be a significant driver of global growth and employment for the next decade. Our industry is responsible for creating jobs, pulling people out of poverty, and broadening horizons. It is one of the world's great industries."

According to the WTTC, South and Northeast Asia will be the fastest-growing regions in 2012 (up 6.7%), driven by countries such as India and China where rising incomes will generate an increase in domestic tourism spend and a sharp upturn in capital investment, as well as a recovery in Japan.