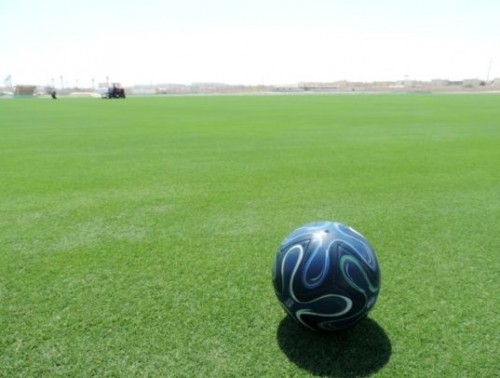 Organisers of the 2022 FIFA World Cup in Qatar are currently testing turf types able to withstand the hot and humid conditions within the tournament venues.

However, with Qatar’s average November/December temperatures in the 25 to 30 degree range, turf experts are assessing the best turf types to withstand the desert heat.

Yasser Abdulla Mulla, Turf Manager with the Supreme Committee for Delivery and Legacy, the Qatari body responsible for organising the World Cup manages a research centre where botanists and workers are nurturing 12 breeds of grass with water and fertiliser - testing grass sprigs which have been flown in from around the world in 50-kilogram boxes.

Built in the shadow of the Khalifa International Stadium, which will host the IAAF World Athletics Championships in 2019 and FIFA World Cup games three years' later.

Mulla told Reuters “we want a grass that is durable, attractive to the eye and can survive heat and humidity.

"Yes, we have summer winds and dust storms but all grass really needs is sun, water and fertiliser. We are looking for turf that can survive here in Doha and in the region."

Mulla’s team are assessing a range of grasses, flown in from overseas, usually the United States.

They are transported as sprigs in 40 kilogramme boxes, planted, watered and grown in full shade, partial shade or left completely uncovered, leaving the turf to the mercy of Qatar's harsh climate. 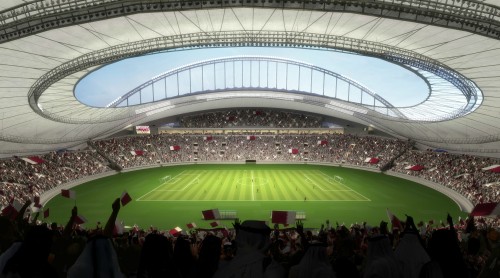 The grasses are watered once a day and have been planted as a full pitch or in approximately metre-long squares, depending on what is being tested.

They are examined not only for how they survive the weather but also for ‘playability’ and aesthetics.

The turfs are a selection of types such as Bermuda grass, commonly fast-growing and tough, Paspalum, found in sub-tropical regions, or tufted Ryegrass.

Sand and organic materials are used for the grass base.

The trials started last year and a final decision will be taken in 2017.

While the turf choice rests with Qatar, it will eventually have to be mowed into a pattern approved by football's governing body, FIFA, for the tournament.

A US market research company Technavio, reported earlier this year that it expected the global sports turf market to be worth almost US$3 billion by 2019.

In January, Qatar’s Aspire Zone Foundation signed a strategic alliance with the STRI Group to establish a Centre of Excellence for natural sports turf research and development.