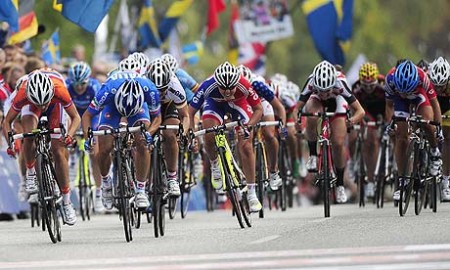 The International Cycling Union (UCI) has announced that the Qatari capital of Doha will stage the 2016 World Road Cycling Championships, marking the first time the event has been held in the Middle East.

The UCI made the announcement on the sidelines of the ongoing World Championships, currently being staged in the Netherlands. Qatar held off competition from Norway to land the Championships with the award adding to the elite sport events the country is set to host in the coming years.

Qatar will also welcome the World Swimming Championships in 2014, the Handball World Championships for men in 2015 and the 2022 FIFA World Cup.

His Excellency Sheikh Saoud Bin Abdulrahman Al Thani, Secretary General of the Qatar Olympic Committee and chairman of the Qatar Bid Committee for the World Road Cycling Championships, said that the award will strengthen the reputation of the country as an international sport destination, highlighting the "excellent sporting facilities available in the country."

The Italian city of Florence will host the next edition of the World Road Cycling Championships in 2013, before moving to the Spanish city of Ponferrada in 2014, then the American city of Richmond in 2015.

However, the UCI on Wednesday issued the organisers of the Ponferrada event with a 30-day notice to meet contractual commitments, warning that the event would be stripped from the city if these are not upheld.

For more information go to www.uci.ch