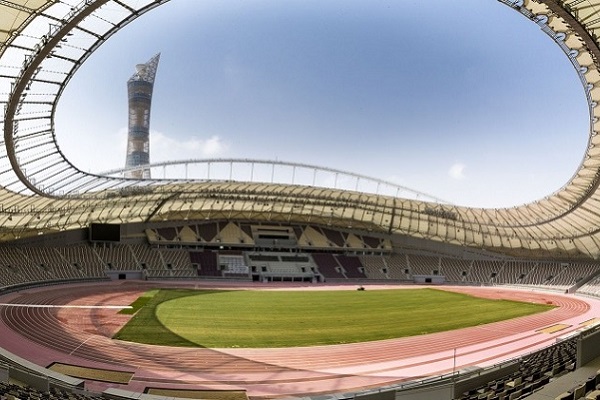 Despite poor attendances and athletes having to endure high temperatures at the World Athletics Championships, Qatari sports officials are looking to launch a bid to host a 2030 Asian Games in Doha.

With the backdrop of the World Athletics Championships being held in the capital this week at Khalifa International Stadium, the Qatar Olympic Committee (QOC) announced plans for a bid during the Olympic Council of Asia (OCA) Executive Board meeting on Saturday.

QOC Secretary General Jassim Rashid al-Buenain told OCA Executive Board members on plans to host the Asian Games and make Doha the world capital of sports events, stating “this is the start of a new, exciting chapter in Qatar’s sports journey.

“Regarding major sports events, the Asian Games in Doha in 2006 was a big success with the participation of all 45 National Olympic Committees of the OCA.

Doha hosted the Asian Games successfully in 2006, paving the way for a journey that will see the nation of only 2.6 million people host the FIFA World Cup in 2022.

The FIFA bid, awarded in 2010, has been mired in controversy with accusations of bribery and corruption at the forefront.

Doha also bid unsuccessfully for consecutive Olympic Games in 2016 and 2020 but failed to make the International Olympic Committee (IOC) shortlist each time amid criticism that the Games would have to be held outside the mandated months of July and August in order to contend the high (northern hemisphere) summer temperatures in the Arabian Gulf.

The World Athletics Championship this week are also being held late in the season due to heat concerns, and the women’s marathon was run at midnight last Friday in order to give athletes the best competition conditions.

Doha is also set to host the inaugural World Beach Games from 12th to 16th October.

Tashkent in Uzbekistan is also in the running for the 2030 Games, and was awarded the 2025 Asian Youth Games at the same Executive Board meeting last Saturday.