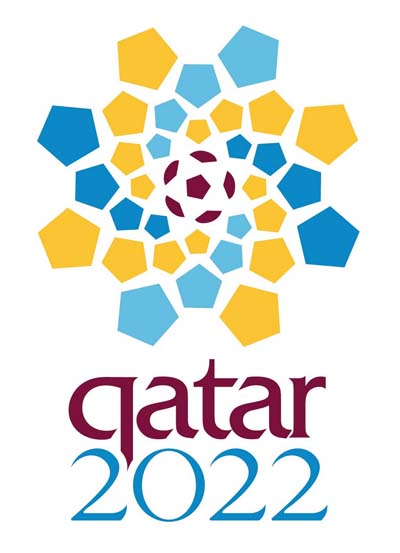 Qatari organisers of the 2012 FIFA World Cup have "vehemently" denied accusations of corruption in their successful bid to host the event, saying its lawyers were looking into claims made by the UK newspaper The Sunday Times.

In a report filling the first 11 pages of the newspaper, The Sunday Times claimed it had obtained millions of documents which it says show former FIFA executive committee member Mohamed Bin Hammam of Qatar made payments totalling around $US5 million to football officials in return for votes.

Qatar's Supreme Committee for Delivery & Legacy - the nation's World Cup organising committee - said in a statement that it had won the right to stage the finals with "the best bid", and that it was "time for the Middle East to host its first FIFA World Cup".

The statement added "The Qatar 2022 Bid Committee always upheld the highest standard of ethics and integrity in its successful bid to host the 2022 FIFA World Cup."

"In regard to the latest allegations from The Sunday Times, we say again that Mohamed Bin Hammam played no official or unofficial role in Qatar's 2022 Bid Committee.

"As was the case with every other member of FIFA's executive committee, our bid team had to convince Mr Bin Hammam of the merits of our bid.

"We are cooperating fully with (head of FIFA's investigation into corruption) Mr (Michael) Garcia's ongoing investigation and remain totally confident that any objective enquiry will conclude we won the bid to host the 2022 FIFA World Cup fairly.

"We will take whatever steps are necessary to defend the integrity of Qatar's bid."

Reuters have reported that FIFA Vice-President Jim Boyce has stated that he would be in favour of re-running the vote to decide the 2022 World Cup if claims could be proved.

Boyce, who was not on the executive committee at the time of the vote in December 2010, said Garcia should widen his investigation following the newspaper report, stating "as a current member of the FIFA executive committee, we feel that any evidence whatsoever that people involved were bribed to do a certain vote, all that evidence should go to Michael Garcia ... and let's await the report that comes back from Garcia.

"If Garcia's ... recommendations are that wrongdoing happened for that vote for the 2022 World Cup, I certainly ... would have absolutely no problem whatsoever if the recommendation was for a re-vote," the Northern Irishman told BBC radio.

FIFA would not comment on Sunday about the report, instead instructing Reuters to "kindly contact the office of the chairman of the investigatory chamber of the independent Ethics Committee, Michael Garcia, directly".

The Washington-based law firm representing Garcia was not answering its telephone and had not replied to a request for a comment.

New York lawyer Garcia was due to meet the Qataris in Oman on Monday in a meeting scheduled before the article was published, as he continues his questioning of those involved with FIFA and other bodies.

The Sunday Times printed what it said were details and excerpts of emails, letters and bank transfers in its vast report which it says prove Bin Hammam, President of the Asian Football Confederation (AFC) for nine years and a FIFA executive committee member for 15 years, had made payments from secret slush funds.

Football Federation Australia (FFA) said it is "keenly interested" to see the results of FIFA's investigation.

In a statement the FFA explained "we note these are very serious allegations. We have been monitoring FIFA's investigation for many months and will be keenly interested in the response.

"At this stage we can only continue to encourage a thorough process that uncovers all the facts in a timely way."

That view was echoed by Per Ravn Omdal who served on the FIFA executive committee with Bin Hammam.

The former President of the Norway Football Association stated "if it can be proved that this corruption took place ... I think it would be wise to put it to another vote. If there is more corruption, FIFA should re-examine the decision."

According to the newspaper, Bin Hammam bribed officials in return for their support for the bid. The 65-year-old was banned from football for life in July 2011 after being found guilty of attempted bribery surrounding his bid to beat incumbent FIFA president Sepp Blatter in that year's FIFA presidential election.

Although that ban was later annulled and he quit football, FIFA subsequently banned him for life for a second time in 2012 for "conflicts of interest" while AFC president.

Qatar's bid has been dogged by controversy since before winning the right to stage the finals, after FIFA officials said temperatures of up to 50 degrees Celsius in the Arabian Gulf nation were not conducive to staging the event.

Qatar beat off bids from Australia, Japan, the United States and South Korea. The Sunday Times alleges Bin Hammam, who was not a member of the Qatar bidding committee, lobbied on behalf of his countrymen paying out millions in cash, gifts and junkets, especially to African officials.

The newspaper said Bin Hammam had intended to create a groundswell of support for Qatar, a tiny country with no football heritage and very little infrastructure.

The issue now for FIFA, whose annual congress starts on 10th June in Sao Paulo, is how it is going to handle this latest barrage of accusations against Qatar and a growing campaign for the vote to be re-run.

Blatter last month said it had been "a mistake" to award the finals to the country, but quickly backtracked saying his quote in French had been mistranslated.