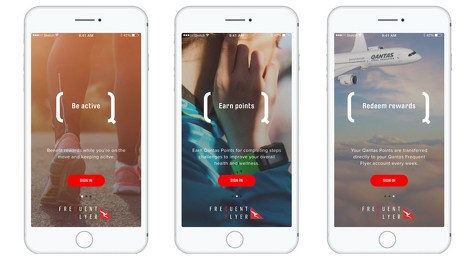 In another example of brands and insurers looking to link with wearable technologies, Qantas is combining with health insurer nib to launch a new health insurance scheme that will reward members with frequent flyer points for being more active.

The new Qantas Assure progam will allow members to earn frequent flyer points for meeting targets through a wellness app that syncs with popular forms of wearable technology.

The wearable technology and app will log the number of steps taken in a day and then deposit Qantas frequent flyer points in member accounts.

Qantas estimate that around one-quarter of Australians now own a fitness tracker, but that less than one in five Australians took the recommended 10,000 steps per day.

When it launches in the first half of next year, Qantas Assure members will be able to choose from a variety of daily or weekly targets depending on their lifestyles, with the number of frequent flyer points earned increasing with the size of the target.

Qantas Assure will also feature travel insurance, which it already offers to more than 500,000 customers a year, under the same umbrella.

Qantas has over 11 million frequent flyers on its books, although this figure includes children and people living overseas.

Qantas Loyalty Chief Executive Lesley Grant said the idea behind Qantas Assure came from members saying they wanted to be rewarded for leading a more active lifestyle with research finding that about half of those polled during research said they would be more active if they were rewarded.

Grant stated “this is not about simply earning points when you pay a bill.

“It’s about offering members the opportunity to be rewarded for being more active, which is something that also has a direct impact on improving your wellness.

"They also want to feel more engaged in the health insurance experience rather than just paying their monthly premium or making a claim.

"When members choose to combine the Qantas points they can earn from literally walking around the block with all of the other ways to earn, it becomes a very powerful proposition."

nib Managing Director Mark Fitzgibbon said the partnership with Qantas was one of the most innovative ones ever offered in the Australian private health insurance market.

Fitzgibbon added "Qantas Assure's ability to meaningfully reward customers for leading a more active lifestyle not only strengthens the relationship Qantas has with its members, but has the potential to improve their health and wellbeing, and with that lower health care costs.” 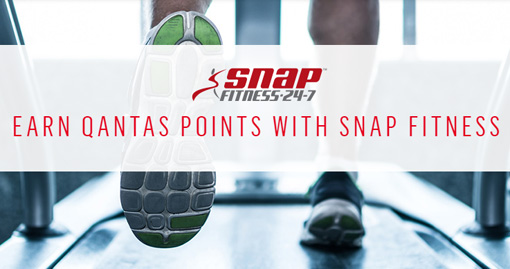 The new partnership comes after Woolworths recently decided to drop Qantas frequent flyer points from its new loyalty program, although the pair remain in talks about a future deal.

Last year the airline launched a golf community and the Aquire small business rewards scheme, which operate in parallel with its long-running EpiQure food and wine program.

In August it also linked with Snap Fitness, whose members can now earn Qantas Frequent Flyer points based on their spending (pictured above).

Last week, MLC launched the MLC On Track program that offers new members the opportunity to save on their life insurance premiums by reaching fitness goals and living a healthier lifestyle - with activity tracked using an Intel® Basis Peak fitness and sleep tracker.