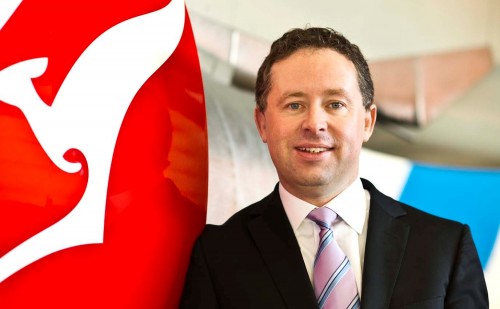 He was chosen for his vocal campaigning in favour of same-sex marriage during the current plebiscite, the results of which will be announced on 15th November.

Joyce explained "in the past year I've worked hard to drive changes in my own workplace and indeed my own country (Ireland).

"No one should feel like they need to live a double life."

As well as speaking up personally on the question of same-sex marriage, Joyce has encouraged other business leaders to join him in campaigning for a 'yes' vote in Australia's current ballot. He said more than 1,300 firms have put their name to the cause.

Prime Minister Malcolm Turnbull has promised that if a majority of Australians support same-sex marriage in the poll, parliament will debate amending the Marriage Act, which could lead to the country becoming the 25th country to permit same-sex marriage.

The ballot will close on 7 November; latest reports indicate that nearly three-quarters of eligible voters have already returned their ballots with nearly two weeks left to go.

Joyce told the BBC "as an openly gay man and being the leader of this organisation and a high profile business leader in Australia, I felt it was very important that I led by example and was out there promoting the case."

Irish-born Joyce took over as Chief Executive of Qantas in 2008.

Last month eyebrows were raised as his remuneration package almost doubled to nearly $25 million following a significant rise in the Qantas share price.

Joyce has been critised by Federal Immigration Minister Peter Dutton for intervening in the debate.

The OUTstanding list, which has been running for five years, also names the Chief Executive of Campbell Soup, Denise Morrison, as the leading 'Ally Executive' for her role in supporting members of the LGBT community in the workplace.