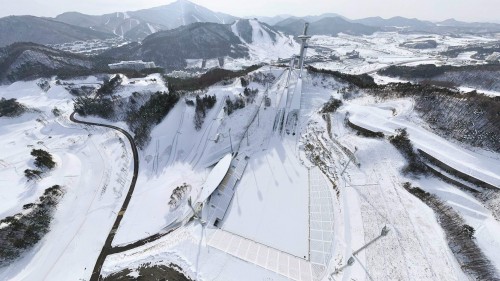 Officials behind the staging of PyeongChang’s 2018 winter Olympics and Paralympics have maintained that funding will not be an issue for the event, adding that a major corruption scandal in South Korea will not impact on the Games.

Pyeongchang 2018 Secretary General Yeo Hyung-koo has claimed upcoming test events in the host city will provide organisers with an opportunity to show they are on track for a successful Olympic and Paralympics Games and take the attention away from the ongoing political scandal in South Korea.

Officials have been forced to deny suggestions there had been external influences on Olympic and Paralympic contract negotiations following the political crisis.

An investigation has been ongoing surrounding Choi Soon-sil, an ally of South Korean President Park Geun-hye and who is accused of influence-peddling, despite having no official Government role.

It is alleged that Choi and other members of her family had a "far deeper influence" on economic, foreign and defence policy and profited from "related business ventures".

This allegedly includes venues being used for Pyeongchang 2018, as well as the process by which Cho Yang-ho was replaced by Lee Hee-beom as President of the PyeongChang Olympic Games Organising Committee (POCOG) in May.

POCOG last week agreed a partnership with GS Group through which the South Korean conglomerate has made a donation to aid its preparations for the event. Financial terms of the deal were not disclosed, but POCOG said the funds will be used for PyeongChang 2018 operations which include Games preparations and administration.

A big air competition at the Alpensia Ski Jumping Centre will be the first of 20 tests events set to run at Pyeongchang 2018 venues.