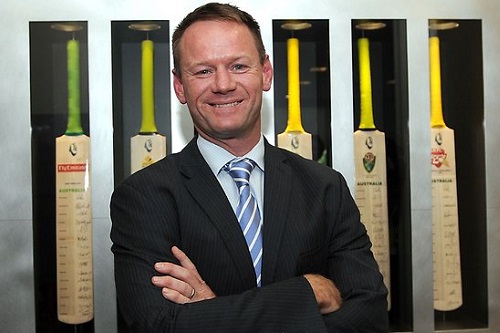 Turmoil in the wake of a damning report into Cricket Australia’s culture has seen further departures from the organisation with Executive General Manager of Team Performance Pat Howard being asked to step down and, as of Wednesday, Executive General Manager of Broadcasting, Digital Media and Commercial, Ben Amarfio, sacked with immediate effective.

Howard, who has been responsible for the Australian team's high-performance unit, was due to see out a contract which ends after the Ashes series in England next year.

However, after a critical review into Cricket Australia and the ball-tampering affair, Howard will leave next week.

Cricket Australia Chief Executive Kevin Roberts said the staff movements showed his organisation was committed to changing its culture, stating “it's a time for reflection and learning, it's a time for us to deepen our relationships.

"It's important that we show leadership and show that we're not about words, but we're about actions."

Former Australia captain Belinda Clark, another member of Cricket Australia's executive, will perform Howard's job on an interim basis until the governing body settles on a permanent replacement.

Howard's high performance unit (HPU) came under criticism in the recent Ethics Centre  review which claimed the organisation pursued a culture of "winning without counting the costs".

The report stated “the national HPU has been given virtual carte blanche in its quest to produce a winning national team.”

As reported by the ABC, Howard’s critics also questioned why he was not held to account for the poor performance of the Australian men's team since his appointment in 2011 and for the ball-tampering affair.

The Ethics Centre made 41 recommendations in the wake of the ball-tampering scandal.