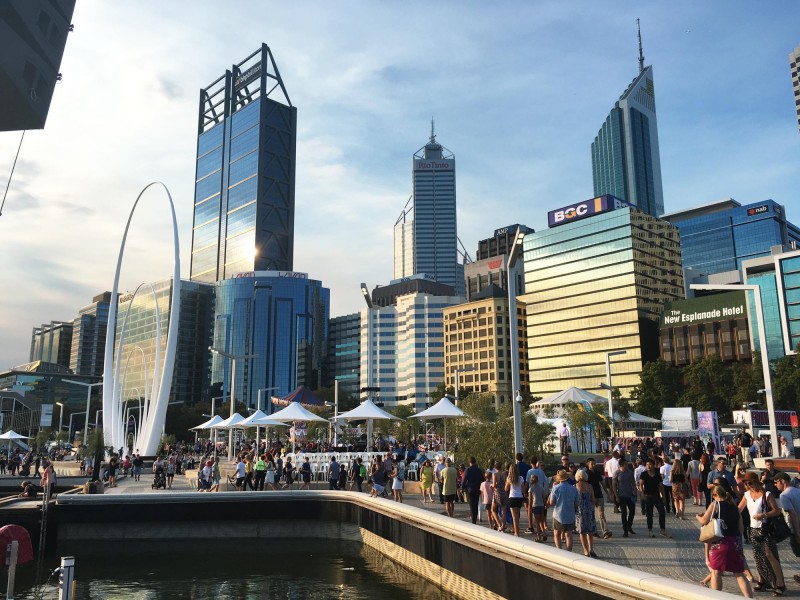 After four years of construction, the Swan River foreshore project connecting the city to the river is now open to the public.

He cut the ribbon with the help of two young children who had come with their parents for the opening.

The Premier said the project had "changed the face of Perth forever", stating "this is a one-in-100 year change.

"I feel very pleased, but a lot of people have played a role here, and hundreds of tradespeople have worked on this.

"And, I think, if people look around, the quality of the work is outstanding, the design is great, the public art is fantastic.

"And this is about families. It's very family friendly, with nature play areas for children, the BHP water park, that's terrific."

Last year, a Metropolitan Redevelopment Authority tender document estimated private development work around Elizabeth Quay would continue at the site for 15 to 20 years.

Features at Elizabeth Quay include the BHP Billiton Water Park, a 110 metre bridge, the Fringe World fairground and a laser, light and water show operating until 21st February.

Three weeks of celebrations will follow the official opening, part of which coincides with the Perth International Arts Festival's Chevron Festival Gardens which will open from 11th February until 6th March.

For more information go to www.elizabethquay.com.au