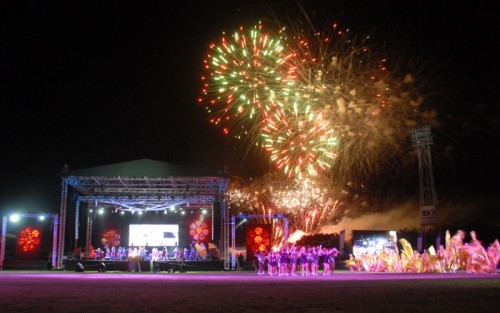 Northern Territory Minister for Sport and Recreation Karl Hampton will travel to New Caledonia and China to meet with heads of delegation of the member countries in the Pacific and South East Asian regions in preparation for the 2011 Arafura Games.

Minister Hampton said the games will bring more than 4,000 athletes to Darwin next May and these delegation meetings aim to increase interest even further, stating "the Arafura Games are one of the biggest events on the Asia Pacific sporting calendar and planning is now full steam ahead to make 2011 the best Games yet.

"Registration for the 2011 Games is now open and with six months to go the Territory Government is working to get maximum interest and participation in this terrific event.

"Athletes will take part in 20 sports at the next Arafura Games and I am looking forward to helping promote the event by meeting with representatives from member countries in New Caledonia and China.

"The Arafura Games inject more than $5 million into the Territory economy and strengthens our ties with the Asia Pacific region."

In Noumea, New Caledonia, Minister Hampton will meet with heads of delegation from across the Pacific at the Arafura Games Regional Heads of Delegation.

Minister Hampton will then travel to in Guangzhou, China, to meet with more heads of delegation to generate further interest in the Arafura Games.

Minister Hampton added "the Northern Territory Government is committed to promoting and growing the games overseas even further, and will continue to promote this great event throughout the region and the world."