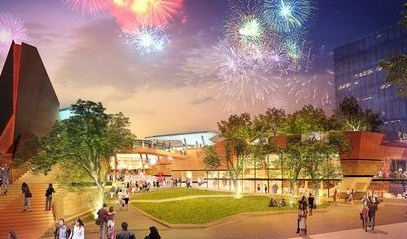 The Home concert, which includes a significant visual arts element, features bands including The Triffids, The Panics and The Waifs, as well as writers Tim Winton and Robert Drewe and artist Shaun Tan.

The 2016 festival is the first of four for new Artistic Director Wendy Martin, and has a $17.6 million budget.

It follows this year's wildly successful festival, the high point of which was The Giants marionette performance that drew 1.4 million visitors to the Perth CBD over three days.

Looking forward to the event, Martin stated “visionaries, mavericks and dreamers - it's through the lens of their imaginations that we get to see, understand and re-imagine our world.”

Organisers have also revealed that, from 2016 to 2019, the annual event will move its popular Chevron Festival Gardens precinct to Elizabeth Quay's Lot 4, ‘a temporary outdoor venue for festivals, concerts and sporting events’ at the intersection of Perth’s The Esplanade and William Street.

Commenting on the move from the event's previous base at Perth's Cultural Centre to Elizabeth Quay, Western Australian the Minister for Planning, Culture and the Arts, John Day announced this as "a great outcome for the tens of thousands of Perth International Arts Festival attendees".

Minister Day added "Lot 4 has always been earmarked as a temporary public space for a range of events at Elizabeth Quay.

"Its sale will be staged to meet market demand and in the interim it will be available as an exciting new outdoor venue for the community to enjoy.

"There was an incredibly positive response to a call for expressions of interest from event operators earlier this year, with many indicating a strong appetite for the kind of flexible space planned for Lot 4." 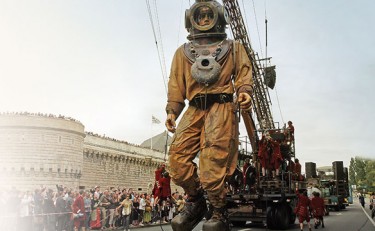 The temporary use of Lot 4 for events has been made possible amid the multi-stage redevelopment of Elizabeth Quay.

The realities of life for young Muslim women is explored through boxing in Common Wealth theatre group's No Guts, No Heart, No Glory, which will be performed in a city gymnasium, while renowned jazz musician Wynton Marsalis will perform Swing Symphony.

It has also been announced that PIAF General Manager Julian Donaldson will step down following the 2016 Festival after more than 10 years in the role.

Images: How Perth' Elizabeth Quay will look when complete (top) and the Giants from the 2015 Perth International Arts Festival (below).