Program launched for most adventurous ever Brisbane Festival 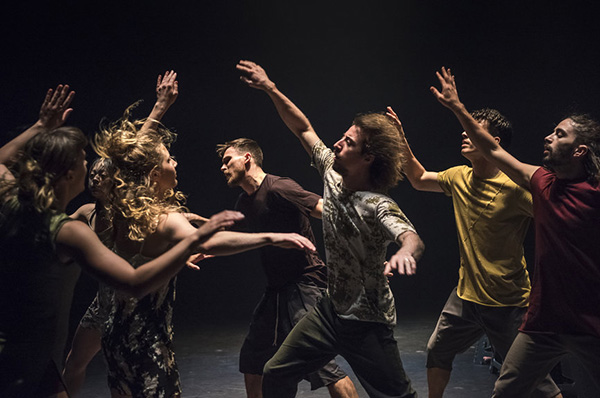 Sought-after international productions will share the spotlight with some of Queensland’s most talented performers at this year’s Brisbane Festival in September.

Brisbane Festival Artistic Director David Berthold said this year’s event was the most adventurous program to date: “The festival has matured enormously in recent years, and we thought the time had come to shift the goalposts.

“Within our overarching themes of Revels, Revelations and Romances are huge productions that reveal microscopic insights into the world, and small shows that pose some of life’s biggest questions.

Minister Enoch noted: “Each year the Brisbane Festival gives us a chance to tell the stories of our city and our state, while bringing the stories of the world to our shores.

“A major highlight will be the landmark international production Invisible Cities, a vast and ambitious production by some of the world’s best arts practitioners, coming to the festival directly after its world premiere at Manchester International Festival.

“Not only is this multi-artform production set to captivate audiences with its artistry and scale, it offers exciting opportunities for local artists to collaborate with global leaders in their fields through a professional development program.

Minister Enoch added: “Other program highlights include dynamic Queensland productions such as Communal Table by Dancenorth, You and I by circus sensations Casus, and Eurovision star Kate Miller-Heidke in concert. There are also major international works, Rite of Spring by Yang Liping Contemporary Dance and two productions from lauded South African theatre company Isango Ensemble.”

Tourism Industry Development Minister Kate Jones welcomed the ambitious program schedule for 2019: “This year’s festival will feature ‘Invisible Cities’ – a spectacle of theatre, choreography, music, architectural design and projection mappings. The event is a feature on the state’s It’s Live! in Queensland events calendar which is worth $800 million to Queensland’s economy in 2019.”

Berthold added: “Love and light stream through the festival this year, and I invite everyone to join in the revelry, revelation and romance this September.”

The 2019 Brisbane Festival will be on from 6th to 28th September, for more information on and to view the full program, visit https://www.brisbanefestival.com.au/

4th September 2014 - Brisbane venues open their doors to the public

4th October 2012 - Brisbane Festival a success in a million