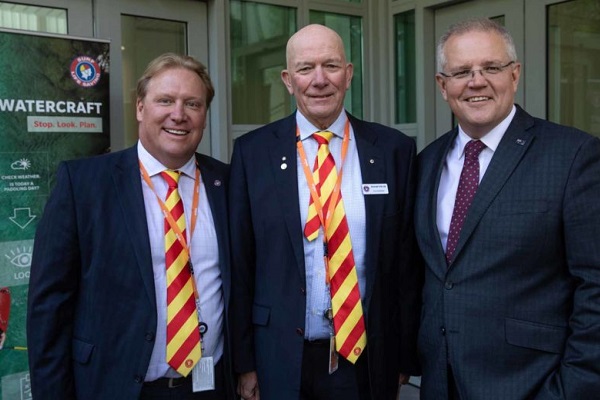 Marking the start of summer, Australian Prime Minister Scott Morrison has acknowledged Surf Life Saving Australia members for their dedication to saving lives and their commitment to local communities.

Welcoming surf lifesavers and the members of the Parliamentary Friends of Surf Lifesaving group to an event at Parliament House in Canberra yesterday, Prime Minister Morrison stated "every year around 180,000 people from around Australia give up 1.3 million hours to keep watch over our beaches.

Prime Minister Morrison, who is Vice-Patron of the Surf Life Saving Australia (SLSA), went on to say “as we come into summer, Australians gravitate to the coast. It’s part of our lifestyle. It’s who we are. It’s what we love.

“To those heading towards the beach this summer, as I certainly will, swim between the flags, familiarise yourself with the conditions, and make sure you take instructions from those wearing those red and yellow caps.

“They’re there for you to keep you safe. And so you do your job by keeping them safe, by following their instructions.”

Over recent months, SLSA has been criticised for prioritising surf sport competitions over its core business of lifesaving.

An ABC analysis of 19 surf lifesaving clubs in NSW showed 15% of their expenditure was on surf competition while 6% was spent on lifesaving.