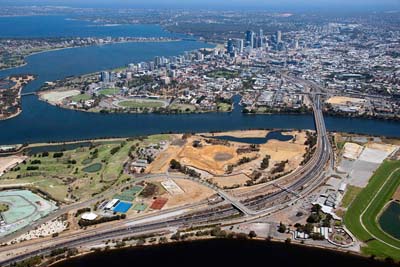 The Western Australian Government has chosen the WESTADIUM consoritum to design, build, finance and maintain the new Perth Stadium and Sports Precinct.

Announcing that each of the three shortlisted private sector consortia had submitted world-class bids that addressed the technical, operational and commercial requirements of the Western Australia Government’s Request For Proposals, Western Australian Premier Colin Barnett today announced "the State’s evaluation team spent the last four months rigorously evaluating each bid and ultimately determined that WESTADIUM represented the best overall value for money for the design and construction phase plus the contract’s 25 year maintenance period.

“We expect the contract will be awarded mid-year - which is when we can reveal the successful design.”

Following approval of WESTADIUM as the Preferred Respondent by Cabinet yesterday, Western Australia will now enter into exclusive negotiations, seeking to reach final agreement on all of the terms and conditions to design, build, finance and maintain the new Perth Stadium. Cabinet also approved appointment of the Confidem consortium as the Reserve Respondent, in the event that the State cannot successfully conclude negotiations with WESTADIUM. 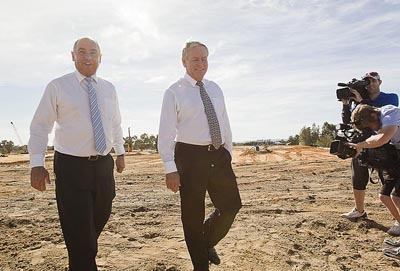 Western Australian Sport and Recreation Minister Terry Waldron added “the quality and breadth of the bid responses reflects the stature of this project and the appetite from the international stadia industry to be part of delivering a world-class venue.

"The announcement today demonstrates how beneficial the past two years of planning have been, but there is still a long way to go to successfully deliver this project."

Physical pre-construction site works were recently completed six weeks ahead of schedule while the site is now being left to settle under 740,000 tonnes of sand surcharge to ensure it is fully prepared for construction to begin at the end of 2014.

The new Perth Stadium is scheduled to open in time for the start of the 2018 AFL season.

The WESTADIUM consortium is led by Brookfield Financial and John Laing, with Brookfield Multiplex as builder and Brookfield Johnson Controls as facilities manager.