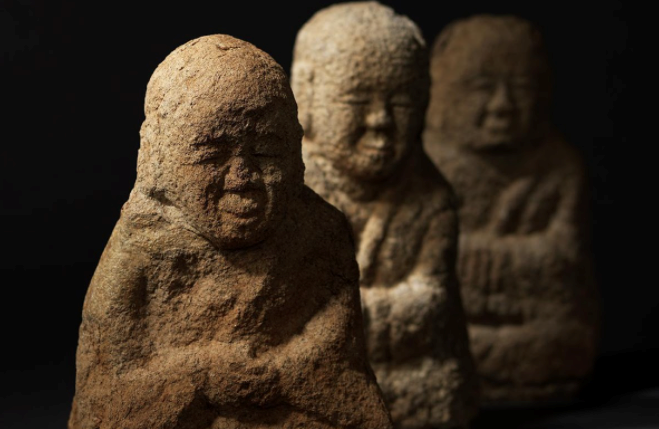 Sydney’s Powerhouse Museum will open their exhibition Five Hundred Arhats on 2nd December– a major presentation of historic arhats shown for the first time outside of Korea. The exhibition coincides with and celebrates the 60th Anniversary of the establishment of diplomatic relations between Korea and Australia.

The arhats are ancient stone figures discovered in 2001-02 among the ruins of the Changnyeongsa Temple in South Korea’s Gangwon-do Province, believed to have been built during Goryeo dynasty (918-1392) and destroyed in mid Joseon dynasty (1392-1879). The stone statues depict ‘arhats’ - ‘nahan’ in Korean - known in Buddhism as one who has attained enlightenment.

The Five Hundred Arhats represent five hundred disciples of the Buddha who gathered to compile his words into scriptures after the Buddha entered nirvana. Although they have attained enlightenment, they defer entering nirvana themselves and remain in their human state in order to teach and save sentient beings. The arhats have been carefully restored by Chuncheon National Museum of Korea and this Australian premiere marks the first time the arhats have been seen outside Korea.

Presented in collaboration with the Chuncheon National Museum of Korea, the exhibition will present 50 stone arhats and one Buddha in an immersive exhibition designed by contemporary Korean artist Kim Seung Young.

Marking the first time the Powerhouse has launched this many new exhibitions together since the opening of the Ultimo building in 1988, the new exhibitions presented are Eucalyptusdom, Robert Rosen: Glitterati, Clay Dynasty, Electric Keys, Graphic Identities, Microcars, Invisible Revealed and Five Hundred Arhats.