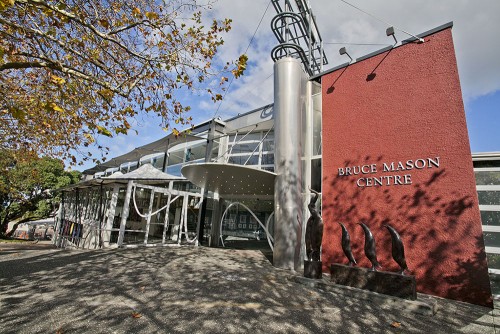 One of Auckland’s most popular performing arts and entertainment venues - Takapuna’s Bruce Mason Centre (BMC) - has marked 20 years of operations.

First opened in August 1996, the 1,119-seat theatre, nicknamed 'The Bruce' by local North Shore residents, was named after one of New Zealand’s greatest playwrights, Bruce Mason, best-known for his play The End of the Golden Weather, inspired by his experiences growing up in Takapuna.

To mark the 20th birthday, Auckland Live staged a free weekend of festivities at BMC on 6th and 7th August, including a birthday cake, free family-friendly concerts, behind-the-scenes tours and an exhibition on the history of BMC.

Explaining that the Mason family is proud of their historic association with the venue, Rebecca Mason, daughter of the playwright, commented “I remember photos of my sister, Belinda, and my mother, Diana, turning a symbolic piece of soil for the foundations.

“It's now an institution and one that continues to make me feel proud every time I'm in Takapuna. “It's such a concrete symbol of the contribution my father, Bruce, made to New Zealand theatre.

“Our family is delighted that it continues to flourish and provide a theatre venue inTakapuna - such a special place to Bruce, not only in his memories of his childhood, but also in his plays, most notably The End of the Golden Weather and The Pohutukawa Tree.”

The venue was taken over in March 2014 by Regional Facilities Auckland (RFA), with management split between Auckland Live, the performing arts division of RFA, and Auckland Conventions, which runs BMC’s conference and functions business. 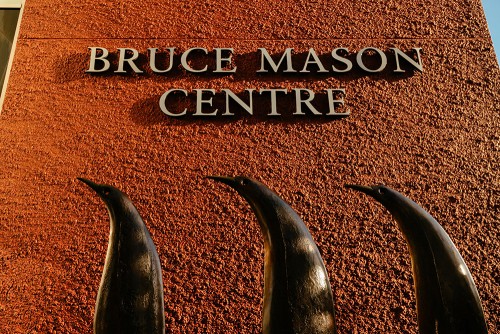 Auckland Live Director Robbie Macrae says that the Bruce Mason Centre is easily the North Shore’s premier entertainment venue, adding “since taking over management of the venue two years ago, we have worked hard to keep the history and spirit of Bruce Mason alive while ensuring that it remains economically viable for future generations to use and enjoy.”

Facts about the Bruce Mason Centre:

• Ella Yelich O’Connor, a.k.a Lorde, performed at the venue as a student at Takapuna Grammar before going on to international stardom
• In late 2015, Bruce Mason Centre won a top national award for Medium Venue of the Year at the prestigious EVANZ (Entertainment Venues NZ) industry awards
• More than 100,000 patrons visited the venue last year
• Over the past 20 years, BMC has welcomed more than 1.5 million visitors to various shows and ceremonies
• The BMC displays a collection of Bruce Mason memorabilia in a small museum on-site, including the famous playwright’s typewriter and writing desk
• It takes an average of six hours to clean up after a major event at the venue, and even longer for rock concerts!
• Prince Charles and his wife Camilla, Duchess of Cornwall attended a performance of Hairy Maclary at the BMC in 2012. Hairy Maclary is one of the Duchess’ favourite books. The author, Lynley Dodd, was among those who met the royal couple.