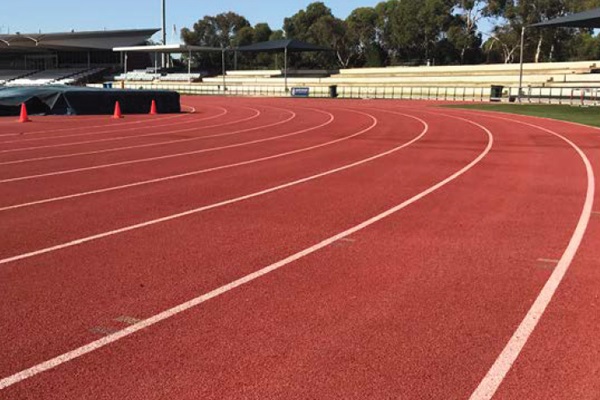 Synthetic sport surfaces specialist Polytan has launched a service for the cleaning of athletics tracks.

Recommending that tracks should be cleaned every year, the service is aimed maintaining the performance and increasing the longevity of tracks, thus reducing the cost of resurfacing.

Polytan’s maintenance service will provide: a full track inspection and condition report; recommended repairs (identified in the report); communicate with onsite maintenance personnel; annual professional pressure cleaning and a visual inspection of athletic equipment such as take-off board and pole vault inserts.

Since 1969, Polytan has specialised in synthetic sports surface facility construction and have extensive experience in elite sporting venues such as the Olympic Games, FIFA World Cup and Commonwealth Games.

This year’s Tokyo Games will be the fifth Olympics where Polytan have installed field hockey surfaces.

Lower image shows an athletics track before and after Polytan maintenance.