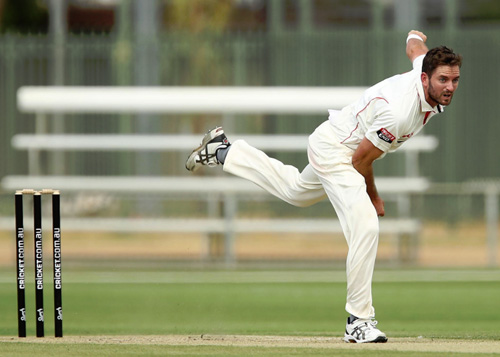 The Australian Cricket Association has rejected a new pay deal for the next five years offered by Cricket Australia.

In a statement released today, the Association declared Cricket Australia's proposal was a win for cricket administrators but “a loss for cricket as it proposes to only give international male players a chance to share in surplus revenue has proved a sticking point.

The Australian Cricket Association (ACA) have described the move as disrespectful to domestic players and short-changing women in the game.

Cricket Australia last month tabled a deal for total player payments of $419 million over five years which would do away with the two decade-old fixed revenue-sharing model.

However, ACA officials say their male and female members at both domestic and international level remain committed to that model.

Australian Cricket Association Chief Executive Alistair Nicholson explained “because that's something they believe works and it's important that continues on for the next MOU and for the generations going forward.

"In the proposal that we reviewed and then in our discussions with key players in the board, we weren't able to see where the model that has worked well, why it's been called out of date or unviable."

The ACA has proposed an updated fixed revenue model which would give Cricket Australia a 55% share for running the game and 22.5% each for players and grassroots cricket.

The ACA said it remained intent on the new Memorandum of Understanding being settled before the end of the current financial year when all international players' (and many domestic players') contracts expire.

Cricket Australia Chief Executive expressed his disappointment that the ACA had chosen not to progress discussions , adding "I must make it clear that the analysis presented by the ACA today contains many errors.

"We have offered to provide them with realistic financial scenarios, an opportunity they have not taken up.

"I also reject any suggestion that we would hide money from the players. They receive full audited accounts, and we have always been fair and honest with our players.

"We understand their commitment to the existing model, but the fact is that the world has changed, and it needs to be updated to take that into account."

Sutherland said guaranteed payments would be raised by 58% from $229 million in the current MOU to $362 million.

The governing body claimed the average income for international male players, inclusive of match fees and performance bonuses, would be $1.45 million by 2021/22 under the deal.

The ACA is confident a new five-year deal with will be completed by the 30th June deadline, although Cricket Australia is facing a significant downturn in income from its next broadcasting rights deal.