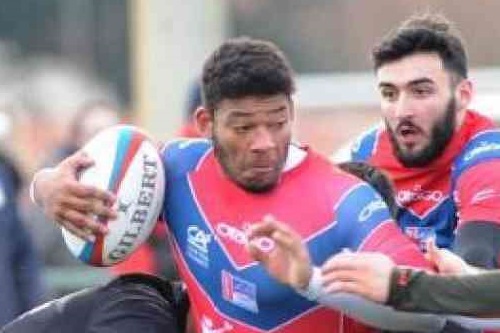 The recent deaths of four players in French rugby - two of them professionals - is prompting representatives of Fédération Française de Rugby (FFR) to seek changes in the game to make it safer.

FFR, the governing body for rugby union in France, is set to meet international governing body World Rugby next month reportedly looking to for a change in the rules on tackling.

One of the latest fatalities was Louis Fajfrowski, a 21-year-old professional at second tier club Stade Aurillac.

Fajfrowski received a hefty tackle to the chest during a game and died shortly after from a cardiac arrest. His death was deemed a result of ‘lethal fibrillation' – known in medicine as commotio cordis – when a blow to the chest at a critical time during the cycle of a heart beat offsets the rhythm of the heart.

Moison advises "we are all responsible for creating ... rugby that favours collisions over movement (and) the media love it when a player crashes into another and knocks him to the ground.

"The fans go 'wooo' when they play like bumper cars (but) it's time to stop this."

French Neurosurgeon Jean Chazal adds "the injuries we see (in rugby) today are more like road traffic accidents before seatbelts and airbags were introduced.

"Today players weigh 90 to 95 kilos and its all muscle.

"It's like putting a Formula 1 engine in a family car but when you run that chassis at full speed it will break."

The March meeting in Paris is also expected to see World Rugby set out its 2019 plan to mitigate the risk of injury in the sport.

The plan is centred on detailed research to ensure a comprehensive understanding of the causes of injury, both in a match and training environment, as well as a sustained approach to prevention strategies across the game – from administrators, coaches, players and medics to referees.

It has been suggested that changes should be made to reduce the number of high tackles in the sport.

Speaking about the new safety plan, World Rugby Chair Bill Beaumont advised “our major focus is the tackle, which is the most common facet of the game, and this year we will complete the initial reduced tackle height trials.

"We are also going to be hosting a wide-ranging laws forum in Paris in March, with a focus on injury-prevention and how evaluation and evolution of the laws might impact this area within the next four-year laws review cycle."