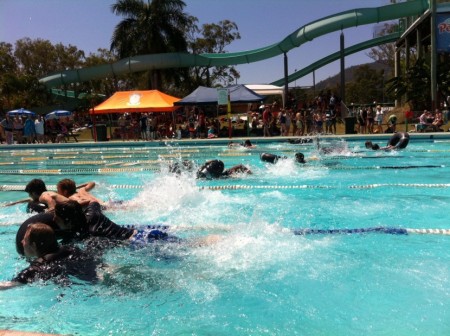 Gary Ireland, the former operator of Rockhampton's Rock Pool Waterpark, has revealed plans to reopen the troubled attraction, while also aiming to build a new waterpark on the Yeppoon foreshore.

In October last year, Rockhampton Regional Council took control of the lease of the Rock Pool Waterpark from then leasee John Stephens paying $1.5 million to buy back the lease amid uncertainty over its continued operations.

The uncertainty followed a Workplace Health and Safety audit that outlined 270 safety safety breaches with an estimated repair costs $1.5 million. The waterpark had also been the scene of a tragic drowning of a nine-year-old boy in January 2007, with the subsequent coronial inquest having a major impact on the Australian aquatics industry.

However, with the waterpark currently closed, John Ireland, who added the attraction's waterslides and mini golf in the early years of the millennium, before selling the lease to John Stephens in 2006, has been in discussions with the Council about reopening the waterpark.

Rockhampton's The Morning Bulletin newspaper has reported that Ireland is prepared to reopen the Rock Pool while also developing a new waterpark at Yeppoon, with both projects incurring no costs to the Council.

Rockhampton Mayor Margaret Strelow said the Council would be thrilled to see the facility reopened, and welcomed the potential investement.

Mayor Stretlow told The Morning Bulletin "It was extraordinary in its day," but cautioned that Council was obligated to put any proposal out for expressions of interest.

While the Rock Pool remains closed, the adjacent 42nd Battalion Memorial Pool, with its 50 metre swimming pool and wading pool, reopened for the summer season at the beginning of September.