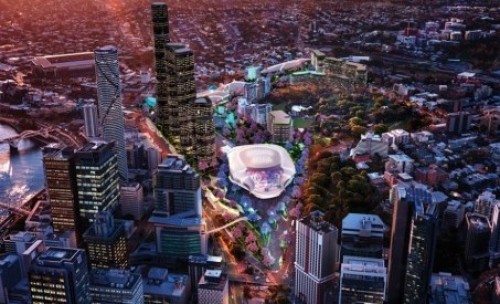 Set to presented to the Queensland Government this week, the new venue will resemble Madison Square Garden in New York City, or Melbourne’s Federation Square, in making use of valuable air rights above existing rail lines as well as the connectivity that Roma Street has to every rail line in the South East Queensland rail network with no land swap or sale required.

The project would also benefit from the two proposed mass transit projects, the Queensland Government’s Cross River Rail and the Brisbane City Council’s Brisbane Metro proposal, both with stations at Roma Street and has the ability to transport thousands of spectators in and out of the precinct within just minutes.

At the centrepiece of the ‘Brisbane Live’ plan which is based on AEG’s LA Live complex is a new 17,000 seat world class arena which will showcase international superstar concerts and performances as well as world sporting events. 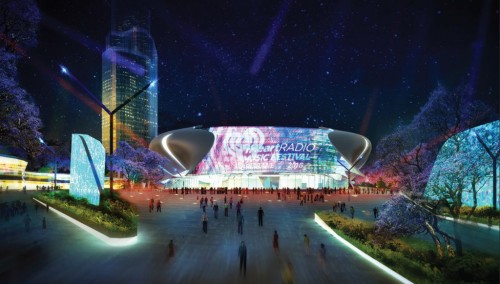 The masterplan put forward by AEG-Ogden features a sliding front wall that opens to reveal live acts on stage. The $450 million arena will also include a 4,000-capacity rock club and be surrounded by multiplex cinemas, restaurants and bars, and a giant screen and amphitheatre catering for around 15,000 people.

• Demolition of current Brisbane Transit centre buildings to new underground facility
• New hotels
• Up to 4,000 new apartments including a proposed signature 90 storey residential tower
• New commercial towers
• Creation of a future dining precinct in and around the heritage Roma Street station building
• Future cultural facility buildings planned for above the upper Roma Street rail lines
• Medical facilities
• Possiblity of an educational campus
• A new walkable precinct linking The Barracks with King George Square and onto the Queen Street Mall as well as new cycle paths
• Provision for future connection to Victoria Park
• Roma Street Parklands to remain unchanged but will benefit from enhanced connectivity
• Substantial public space, about the size of New Farm Park which would be named Jacaranda Grove, after the purple Brisbane tree, would be glowing purple-blue with tree lined Jacarandas planted. 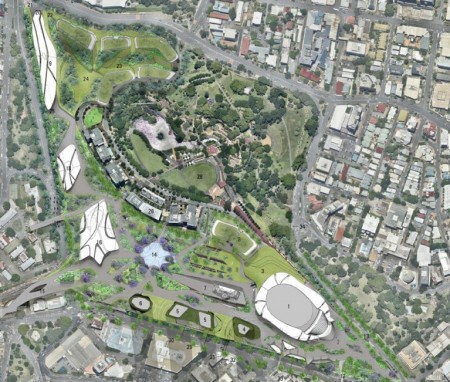 Announcing the plan, AEG Odgen Chairman Harvey Lister told the Courier Mail “in over 40 years in the entertainment business - the last 30 of which working on this type of project in Australia and around the world - this is as exciting a transformative opportunity as we have seen.

“This is an urban renewal that removes an ugly scar and replaces it with something to be enjoyed by future generations.”

Queensland Deputy Premier Jackie Trad added “the Brisbane Live proposal is an exciting idea that could reshape our city.”

AEG Odgen has also provided a concept proposal for an arena complex at the Parmalat site in South Bank. However, due to the site being a much smaller area, this alternative proposal would only include the arena facility without the public space or ancillary entertainment facilities the Roma Street plan includes. 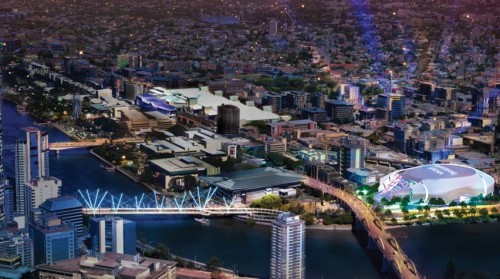 For more information go to www.brisbanelive.com.au.