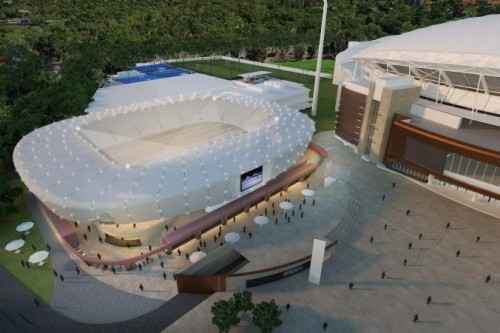 Tennis Australia and Tennis SA have today unveiled plans for a redevelopment of Adelaide’s Memorial Drive tennis centre that would include an all-weather arena.

“South Australia has a rich tennis history and the state has produced some of our country’s biggest names in the sport. For many years, the Adelaide men’s event provided critical match-play for the world’s elite tennis players in the lead up to the Australian Open, with stars such as Djokovic, Henman, Hewitt, Enqvist, Woodbridge, Courier, Ivanisevic and Haas all having lifted the trophy at Memorial Drive.

“There is a need for a 21st Century facility that can be filled with new, fresh content.

“We are really excited by this project and for what it would mean to the sport and for tennis fans in South Australia. We believe that with facilities such as these unveiled today, Adelaide can gain international prominence on the global tennis calendar.” 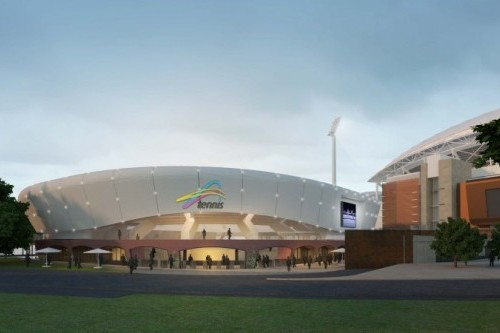 The plan is likely to cost around $150 million.

To date, the Federal Government has chipped in $10 million for the first stage of the redevelopment, which includes a new outdoor show court and two new match courts.

Tennis SA Chief Executive Steven Baldas advised that funding is to be sought for stage two of the redevelopment, which is estimated to cost $150 million.

Completion of the redevelopment would enable the Memorial Drive venue to once again attract major international matches including the Davis and Fed Cups, and ATP and WTA events. 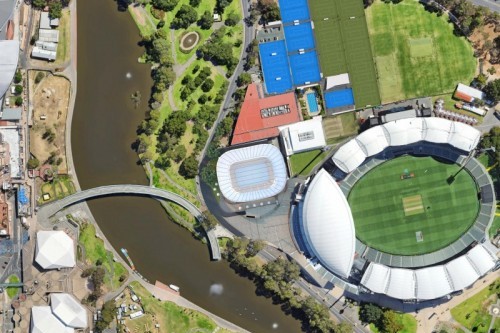 Baldas explained “today's announcement will not only aid Tennis SA in attracting major tennis events back to Memorial Drive but it will also bring life and energy to whole Riverbank Precinct 365 days of the year.

“The proposed multi-purpose venue has been designed to complement the heritage of Memorial Drive, with its window arches and ivy linked to the Adelaide Oval. It will be an important step in meeting South Australia’s ever expanding sporting and entertainment needs.

“We have been working with all levels of government to ensure that this project has the support it needs throughout the project. All of our research has shown that it will build upon the already significant economic benefits sporting events contribute to our state and will help attract more events to the Riverbank.

“We also know that by realising this vision we will consolidate Tennis SA’s financial sustainability. It will allow the organisation to diversify revenue streams and become commercially viable, reducing reliance on government funding for future operations.”

Located next to the Adelaide Oval, the Memorial Drive facility is currently managed by Next Gen Health & Lifestyle Clubs as part of its adjacent fitness and racquet club.