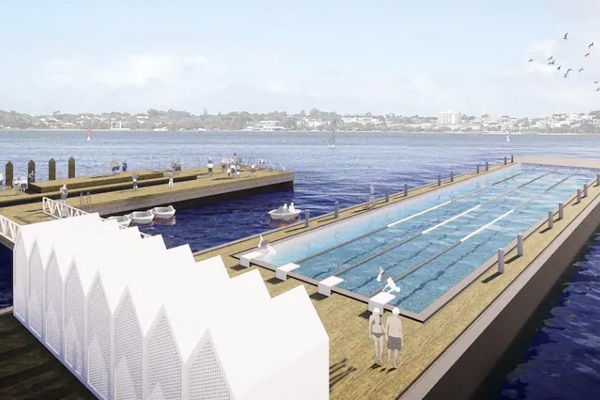 The latest in a range of ambitious aquatic facility proposals in Perth have seen plans revealed for a floating pool at the city’s Elizabeth Quay.

Following recent plans for an ocean side swimming pool development at the city's famous Cottesloe Beach and a separate 2018 plan for a floating pool on Perth’s Swan River, the new plan from GroupGSA is for an Olympic length, steel-framed pool, including four to six lanes, to be housed in a relocatable barge on the western side of the Quay on a site that once held the historic Perth baths.

It would include dressing rooms, a sun deck and a marquee to enable year-round use

Set to become central Perth’s first public aquatic centre in more than a century, The West Australian has reported that Perth’s Metropolitan Redevelopment Authority has encouraged the proposal.

An MRA spokesman said it welcomed opportunities to attract visitors, create vibrancy and help local businesses, but would not make a formal assessment until it received the official proposal. 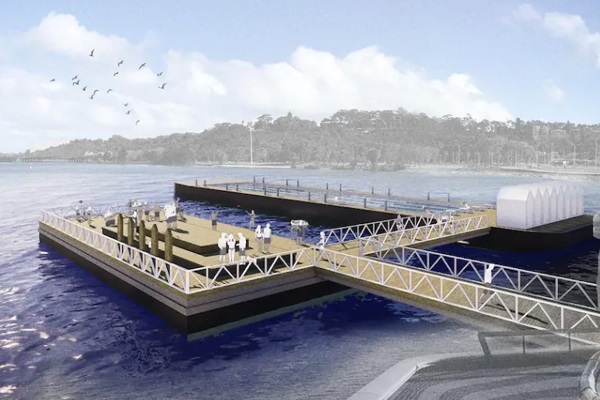 Conceived by Will Lakin, principal at architecture firm GroupGSA, the development is likely to cost in excess of $5 million, with no funding sources currently identified.

Explaining the concept, Lakin advised “the idea came from visiting the Quay over the last couple of years, from the excitement of first completion to seeing boarded-off areas for future development, and understanding it was going to take maybe a generation to complete the big towers.

My attention turned to what we could do to support the city to activate one of the central tourist hotpots for public use.”

Lakin added that the project would was a relatively low-cost way to activate and revitalise the city, which was important in the current economic climate.

He also advised that the pool could be relocated to another venue once works at Elizabeth Quay were complete. 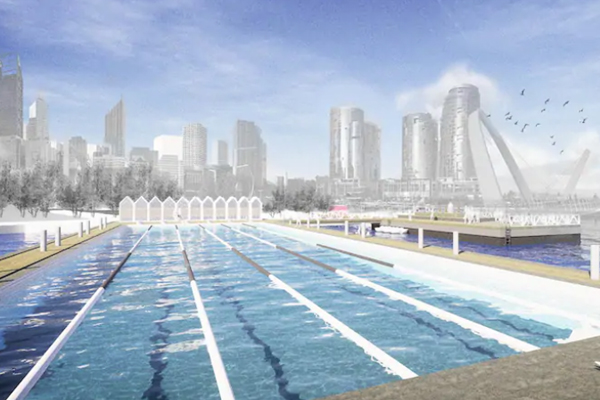 Olympic swimmer Eamon Sullivan and builder Dale Alcock have thrown their support behind the proposal, which they say will encourage city workers to exercise and bring extra amenity to the city.

Sullivan told The West Australian “it’s a stroke of genius.

“A lot of people who work in the city find it hard to exercise in the day, so it’s really awesome to have a pool on the river with these sort of views.”

Alcock, who has been involved in recent community debates about planning for future Perth, said the facility fitted in with Perth’s climate and lifestyle and created a point of difference with most East coast cities.

He advised “it’s all part of that great vision for Perth and its centre.”

Perth’s former public baths opened in 1885 and were in what is now filled by Barrack Street jetty.