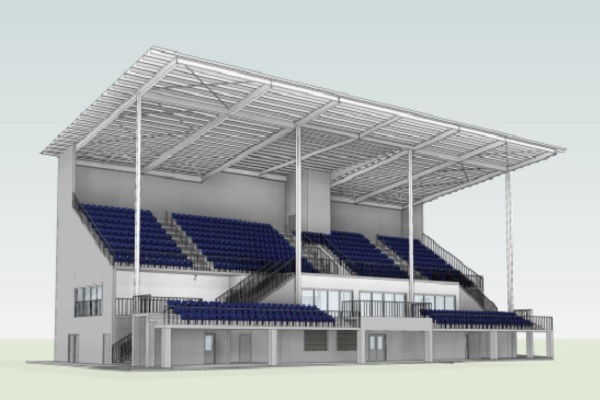 Scaled back from the DA approved by the Council in 2019, the plan featuring a multi-level grandstand and sports training facility designed to enhance sporting pathways for athletes living and playing in the Macleay Valley.

A tender for construction of the complex was awarded to Lipman Constructions in October last year. However, due to ‘functionality, buildability and affordability constraints’, modified plans have now been resubmitted.

As reported by The Mid-North Coast News, the application states “the building design, as approved by Council in August 2019, required modifications to address functionality, buildability and affordability constraints. These modifications range from adjustments to the internal configuration of various rooms within the building, to more significant modifications, such as the removal of the media level.

“The development, as modified, enables important refinements and improvements that will facilitate the continued development and delivery of a high-quality sports centre for the Mid North Coast. “

Commenting on the development last year, Kempsey Shire Council’s Director Operations and Planning, Robert Fish, acknowledged it has been a complex project to move from community vision to a facility that is now designed, funded and able to be constructed.

The South West Rocks Country Club have also confirmed a contribution of almost $400,000.

Suggestions that the Canterbury Bankstown Bulldogs Rugby League Club would be involved in the project have not come to fruition.

The need for additional sporting and recreational facilities in South West Rocks, was identified in the Macleay Valley Sports Strategy (2017).

The strategy found that South West Rocks has relatively low levels of sporting facility provision and that projected future growth would exacerbate this further.

The new DA has been submitted by GEOLink on behalf of builders Lipman Construction.

A timetable for construction on the project is yet to be confirmed.