Plans for ‘boutique’ stadiums emerge for Canberra and the Gold Coast 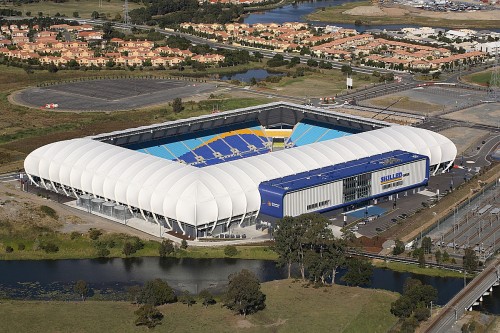 Concerns over ageing, poorly-located and expensive to operate stadia in Canberra and on the Gold Coast are leading to proposals for new ‘boutique’ venues to be built in both cities.

In Canberra, decling crowds for both the ACT Brumbies and Canberra Raiders, blamed, in part, on GIO (Canberra) Stadium’s ageing infrastructure and poor spectator experience has led a private consortium to supporting a bid for the ACT Government to fast-track plans for a new $350 million roofed stadium.

It has been reported that a new centrally-located 20,000-25,000 rectangular stadium will be built as part of a wider redevelopment of the Civic precinct, also incorporating a convention centre and hotel.

The new Stadium would cater for the Brumbies, Raiders and a potential new A-League team in the future.

On the Gold Coast, ongoing disagreements over what Stadium Queensland charges for the use of Cbus Stadium and concerns over its location have led to plans for a boutique stadium closer to the coastline and the city’s public transport and amenities.

The Gold Coast Bulletin has reported that Mayor Tom Tate is backing a new venue that would include a grandstand with corporate suites and seating for up to 8000 spectators and a hill section covering the rest of the arena that would accommodate a further 7000. 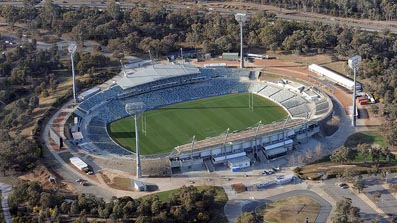 The Gold Coast Bulletin reported Mayor Tate as stating “I’d be more than willing to discuss with Councillors the possibility of a boutique stadium rising from the ground, somewhere else in our city.

“It would need to be on a public transport route and would need the support of the people but we can make it happen.

“The ridiculous $1.3 million per annum lease costs for Cbus Stadium could be directed into paying interest on a $20 million loan to build the infrastructure needed to make this boutique stadium work.”

The Gold Coast Bulletin has reported that Stadiums Queensland charge the Titans $110,000 per game, including GST, which is up to four times the price their Sydney club rivals pay their landlords.

The success of Titans matches in Toowoomba and Gladstone has convinced the club that a cut-down stadium model could be the best option for them to thrive on the Gold Coast.

It would also be an ideal home for any future A-League franchise and would deliver the city a more attractive venue for mid-size concerts of up 20,000 fans.

In addition, football club the Gold Coast Knights are to build a 3000-seat stadium at Carrara’s Croatian Sports Centre.