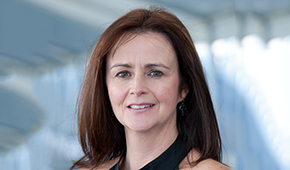 Following its recent annual conference, Parks and Leisure Australia (PLA) has revealed that longstanding member Kristen Jackson has taken on the role of President.

In a communication introducing Jackson to industry stakeholders, PLA Chief Executive Mark Band wrote "Kristen has had a long involvement with Parks and Leisure Australia, particularly as part of the annual National Conference organising committee.

“She has been a Director on the Parks and Leisure Australia National Board for the last two years and was appointed as the Deputy National President in August of this year.

“Kristen has over 20 years’ experience in open space and environmental planning, development and management at both a local and state government level.

“She is currently the Manager Parks and Open Space at the City of Whittlesea.

“She spent 15 years at Manningham City Council in the park and open space planning and development area.

“During her over five years at Parks Victoria she managed a range of parks including the Dandenong Ranges Gardens, Yarra Ranges and Kinglake National Parks and Point Nepean National Park.

“She has been in management roles of team of varying sizes for the last 10 years.

“She has a Bachelor of Applied Science in Planning, Graduate Diploma in Environmental Management and Diploma of Management. “