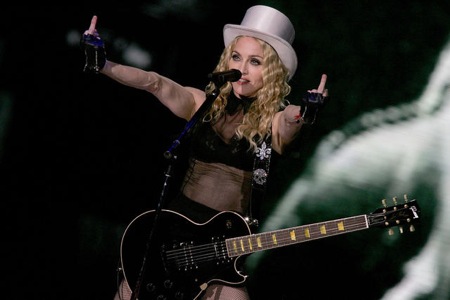 With the Wall Street Journal reporting that Madonna's upcoming concert tour is to feature an official secondary ticketing function, Rod Pilbeam, Executive Director of AEG Ogden and VMA Immediate Past President, has slammed the move, stating that this is “how obscenely twisted business becomes when it is in the hands of greedy desperate people.”

Pilbeam’s strong words follow reports that Madonna’s tour will feature a concert industry first, an official ticket reseller on-selling seats at marked-up prices to those who couldn't get them through normal channels. The tour is the first for Madonna since she announced a US $120 million partnership with Live Nation in which the promoter is to participate financially in nearly every aspect of the pop star's career.

In North America, eBay Inc.'s StubHub will serve as the ‘official fan-to-fan ticket marketplace’ while in Europe, the role will be filled by Viagogo, a ticket reseller that will sell ‘VIP packages’ including higher-priced tickets with add-ons such as backstage passes and meetings with performers.

The Wall Street Journal suggests that the arrangement will see Viagogo pay promoter Live Nation Inc. and Madonna a flat fee, while StubHub offers a percentage of revenue on top of a fee. Despite the official status of the two companies, fans would still be able to buy and sell tickets on other online marketplaces, such as TicketsNow, RazorGator or Craigslist.

Disappointed by this development, Australasian venue industry leader Rod Pilbeam, has stated that “instead of working to get tickets into the hands of passionate fans, Live Nation will now be encouraging the ripping-off of this lifeblood of our industry for the personal greed of parties which have no place in our business and which provide no service which has ever been requested.

“I wonder if this is a part of what Madonna understood would happen when she signed up her career to these desperados.

“If excessive ticket purchases, the majority of which are destined to go straight to the resellers, weren’t being made, fans could simply get their tickets through the official ticket outlets. By not endeavouring to stamp out these leeches and now indeed encouraging this activity, Live Nation is syphoning off additional profit margins for no benefit to the main players in the concert business, the artistes and their audiences!”

The Wall Street Journal article suggests that the development highlights “the growing popularity and influence of so-called secondary ticketing companies, which let both fans and brokers sell tickets to others at prices that often far exceed their face values. Concert promoters and artists have long complained that they are locked out of the secondary marketplace, putting money in the pockets of speculators and middlemen who aren't involved in staging or promoting concerts.”

However, Pilbeam disputes this, stating that “it is difficult to find anyone other than the beneficiaries of this ticket scalping who believe it makes any useful contribution to the marketing of events, despite such claims from the operators.

“This isn’t normal commerce, to be left governed by the law of supply and demand. There is limited supply and buyers don’t have equal access. With promoters participating in this wide-scale scalping, we should expect to see market manipulation and abuse of market power.

“It’s time for our industry to show some fortitude and stop looking to cheat each other out of access to gross points!”