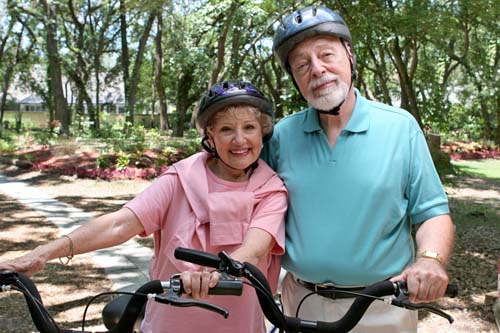 People must exercise regularly as they age or face the prospect of a potential rapid decline in their health, a national conference on ageing has heard.

Speaking at the Australian Association of Gerontology Conference in Adelaide this week, SA Health Chief Exercise Physiologist Bob Barnard highlighted how elderly people could see their functioning plummet if an illness forced them to get bed rest for even a couple of weeks.

Explaining that exercise was the key to good health for older Australians, Barnard stated "it's essential, it's really not the time to slow down, it's a time to think about looking for new options."

Barnard added that those in their late 70s or early 80s, for example, might find a couple of weeks of enforced bed rest could see them lose 50% of their functionality in that short time.

He expained "(they then) might struggle to get up out of bed and stand straight.

"It's not unusual, in fact it could be even quicker than that if the person was at a lower level of functioning at the time they started their bed rest."

Barnard also spoke with 891 ABC Adelaide to express that he was impressed that exercise was being encouraged by the design of many new retirement villages.

He toild the ABC "every movement should be viewed as an opportunity to improve quality of life and maintain function."

He cited an exercise intervention program which had run in Adelaide now for a decade had achieved "phenomenal results" and helped people keep living independently in their later years, adding that the program taught ways to achieve active ageing and had trained instructors who then worked at dozens of centres across SA.

However, he sounded a note of caution for the future, saying many young people were now opting out of physical activity as part of modern lifestyles.

Barnard said community perceptions were often wrong about what people could expect of their health at certain ages, and deserved to be challenged.

Click here for more information on the Australian Association of Gerontology Conference.