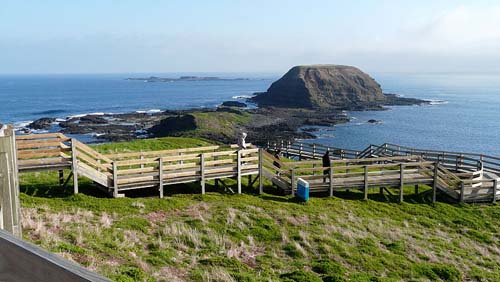 Phillip Island Nature Parks has significantly exceeded expectations of its economic contributions to the state of Victoria and the Bass Coast Shire region, according to the latest economic modelling of the Nature Parks’ 2015/16 financial year result performed by Ernst and Young.

Chief Executive Matthew Jackson explained “the Nature Parks’ overall annual economic contribution to the state of Victoria is a staggering $498.2 million (which) compares with $402 million just two years ago, an increase of around 24%.

“Over 2,120 jobs across Victoria were also attributed to the Nature Parks’ overall economic activity.

“As our primary source of income, the Nature Parks’ tourism activities deliver a direct annual economic contribution to the state of Victoria of $201.7 million.

“This figure represents an impressive increase of over 30% in only two years since the last economic modelling was completed, up from $151.8 million.”

“The Nature Parks is committed to delivering on economic, environmental and social outcomes within our region.

Jackson added “these results provide a resounding endorsement of the State Government’s commitment to allocate funding of $48.2 million along with a further $10 million from the Nature Parks - total $58.2million - towards the development of the new Penguin Parade Visitor Centre,” continued Mr Jackson.

“This key component of the Summerland Peninsula Master Plan will ensure that the Nature Parks can continue to offer a world-leading nature based experience, and secure our ability to deliver a strong economic contribution to the region and the state.”