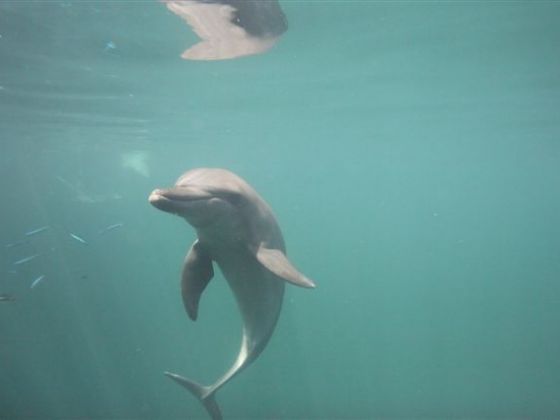 The 25 Indo-Pacific bottlenose dolphins, caught in waters off the Solomon Islands, have been trained in the Philippines over the past four years. They had been scheduled to be relocated to Singapore in the coming weeks as a centrepiece of Resorts World Sentosa's Marine Life Park, which is scheduled to open in December

However, their situation has attracted controversy since two dolphins destined for RWS died of a water-borne bacterial infection in October 2010 and, as of last Friday, the Philippine courts backed a civil suit brought to halt their export.

Animal-rights group Animal Concerns Research and Education Society (ACRES) has welcomed the halt with Executive Director Louis Ng stating "we very seldom get a chance to right a wrong, but we now have the chance to do so.

"These dolphins should never have been caught from the wild, and the right thing for RWS to do is repatriate the dolphins back to the Solomon Islands."

Ng added that the resort should work with ACRES and other environmental groups which petitioned the Philippines courts to "rehabilitate and release" the dolphins back into the wild.

Ng stated "ACRES is delighted that the Philippine government is reviewing the re-export of the RWS wild-caught dolphins."

Ng added that ACRES supports the sentiments of Judge Bernelito Fernandez, who stopped the re-exportation on the grounds that it would "result in grave and irreparable damage to the population of the dolphins from the Solomon Islands."

Last week, the Philippine media reported that a Quezon City court had issued the 72-hour Temporary Environment Protection Order, preventing the dolphins from being exported to Singapore.

The court order was issued in response to the civil suit filed by environment and animal-welfare groups alleging that exporting the dolphins for sport or entertainment was illegal, cruel and would cause the extinction of the species.

Since the dolphin deaths in 2010, Resort World Sentosa (RWS) has emphasised its planned care levels for the mammals, with a RWS spokesperson this week reiterating its stance that the acquisition of the 25 dolphins adhered to the requirements of the Convention on International Trade in Endangered Species of Wild Fauna and Flora (CITES).

The spokesperson added that "the dolphins are currently doing well in the Philippines."

The Marine Life Park, set to be the world's largest oceanarium, will open with more than 100,000 animals from 800 marine species.

RWS has planned for the dolphins will be part of a series of immersive program beginning next year.