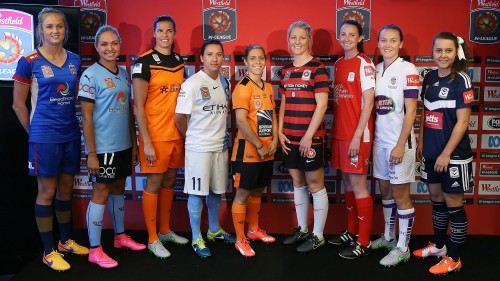 The PFA’s Grassroots to Greatness Roadmap aims to revolutionise the sport by transforming the W-League into one the best women’s football leagues in the world, and in the process powering the Matildas to FIFA World Cup and Olympic glory.

Outlining a path forward in establishing a genuine professional pathway for women, the PFA hopes that with the help of clubs, the industry and perhaps governments, there will be a minimum legal salary of $11,500 for professional players.

Among the Roadmap’s key recommendeations is for the nation's top 60 female players to earn $60,000 a year over a four-year cycle and for the creation of another team to make a 10 club W-league competition.

PFA Chief Executive John Didulica said the time for bold and decisive action was now, stating “the one thing missing from Australia’s CV as a sporting nation is a global trophy from the global game.

“Women’s football has the highest participation base among young girls in the country. Our National Team is amongst the very best in the world and our sport offers the prospect of international opportunity like no other.

“However, we are yet to fully leverage these competitive advantages through the establishment of a genuine professional pathway for our elite players.

“The goals of winning the World Cup and an Olympic Gold Medal are ambitious, and rightly so, as they must reflect our shared ambition of being the very best.

“To be the best, we need to be able to offer greatness. Through an increased investment of $1.5 million we can revolutionise the W-League and make it among the best leagues in the world, and significantly grow our talent pool, which is fundamental to our international success, and ability to attract and retain the best talent.”

PFA Player Relations Executive and former Matildas captain Kathryn Gill said the time was right for change and for the women’s game to be central to all aspects of the sport, adding “the players understand intuitively that we can only tackle the challenges faced by the players if we improve the game for everyone.

“The women’s game has reached the point of being the largest participation sport for young girls by trading off the good-will of the football community. The time has come to make the women’s game a priority and use it to turbocharge football into the consciousness of Australians as the true global game and the sport of choice for women.”

Didluca added "within women's football, we'd already rate ourselves as being a top 10 nation so we need to take that next step to professionalise the industry and mirror the standards that exist within men's football, to ensure that we can leap frog nations like Germany, the USA, Brazil who stand in our way from being the world's best.”

The PFA’s Roadmap includes providing a defined career path will be created for female players from junior to international level, including talent management which it's hoped will ease the cost of living pressures.

At the moment, 28% of female football players have a bachelor or masters degree, and half of those have to work casually as waitresses.

Gill said the change will provide respite to players who are used to finding their own year-to-year contracts, and she believes this could be the turning point for Australia's World Cup ambitions.

Other key recommendations of the Roadmap include:

• A clear and cohesive career path for players from talented junior, to full-time professional, to international footballer;
• PFA to develop a National Women’s Football Network to fund flexible employment for players by partnering with industry stakeholders and corporate and community partners;
• Implementation of a best-practice performance model as a condition of W-League entry;
• Integrating contributions from FFA, the clubs and Member Federations to build a sustainable financial model.