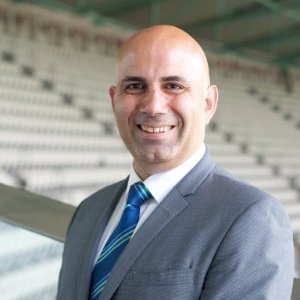 Swimming Australia’s Chief Commercial Officer Peter Filopoulos is to leave the organisation to take up the role of Chief Executive at A-League club Perth Glory.

While enjoying a successful first part of the 2014/15 A-League season, the Perth club were banned from the finals series for breaches of the A-League salary cap – which led to the resignation of former Chief Executive Jason Brewer.

Filopoulos’ career includes a six-year spell as Chief Executive of then National Soccer League powerhouse South Melbourne FC in the 1990s, before undertaking managerial and marketing roles with the North Melbourne and Hawthorn Football Clubs. From 2007 to 2014 he was Director of Sales, Marketing and Communications at Etihad Stadium.

As Chief Commercial Officer at Swimming Australia, Filopoulos played a key role in securing a major sponsorship deal  with WA based Hancock Prospecting and other significant sponsors. He also played a leading role in re-branding the sport, which also included the re-launch of the Australian Swim Team back to the ‘Dolphins’.

In his new role Filopoulos will face the task of transforming the Glory's image and build on their commercial base, and do so in an environment where many fans have become disenchanted with owner Tony Sage.

Commenting on his appointment, Filopoulos stated “Perth Glory is a gem waiting to be polished.

“It set the benchmark of what a football club should be during the NSL and now it’s time to get the Glory days back on and off the field, for the benefit of the game the members and the fans.

“I want to be part of a Perth Glory that leaves its mark in history for the right reasons, to create an environment where everyone is left scrambling for a ticket at the gate,”

“But we also want to instil a set of values and a culture that resonates with the community. If we can do that, then we’ve won half the battle.” 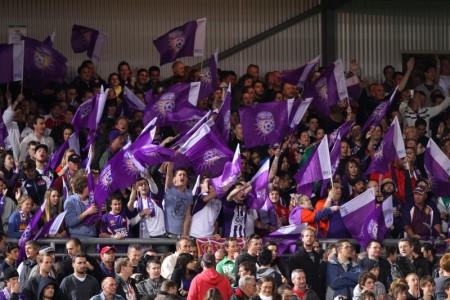 Selection committee chairman Michael Brown said Filopoulos stood out from the crowd, adding “after reviewing the shortlist, Peter was our preferred candidate and I think it’s safe to say that from here on, it will be a Perth Glory you haven’t seen before, for all the right reasons.

"But we also want to instil a set of values and a culture that resonates with the community. If we can do that, then we've won half the battle."

Speaking to Fairfax Media, Filopoulos spoke of the challenge he faces in his new role, adding “the club's image took a knock (from the salary cap issue), but we have to move on from that.

“I want to implement a five-year plan for success on and off the field.

“I want us to have won two championships in that period, and also become the most profitable A-League franchise."

Filopoulos will finish with Swimming Australia in August and take up his role during the lead-up to the new A-League season.

30th November - NIB TO BACK PERTH VENUES FOR ANOTHER THREE YEARS