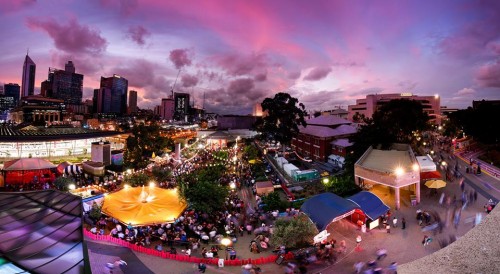 Attracting an audience of 660,093 in 2015, in just four years the Perth Fringe festival has become a major event in the West Australian capital, delivering $70.9 million in economic impact.

Fringe World 2015’s Festival Impact Report documents the Festival’s significant economic contribution to the state, and emphasises the event’s rapid growth since it was first presented in 2012.

Festival Director Amber Hasler said the story of Fringe World’s success was about the spirit and enthusiasm of the Western Australian community.

Hasler stated “2015 was a landmark year for Fringe World, with the Festival achieving box office sales of more than $6.4 million, making it the largest box office earner of any arts festival in WA.”

The 2015 Festival almost doubled in size from the previous year with a program of 556 events at 113 venues, featuring 2,626 artists and achieving an audience of 660,093 people at both free and ticketed attendance. The festival recorded 258,438 ticketed attendees, generating over $6.4 million in ticket sales.

The Festival attracted a high number of first-time visitors: 22.7% of those surveyed said they were attending Fringe World for the first time, while 98.4% of audience members surveyed said they intended to return to Fringe World in 2016. The vast majority (95%) also reported that the Festival made them more inclined to attend arts events in future, and that they were more interested in seeing lesser-known acts in future, following their experiences at Fringe World.

The full Fringe World Festival 2015 Impact Report can be downloaded at www.fringeworld.com.au/about.

The 2016 Fringe World Festival will run from 22nd January to 21st February.