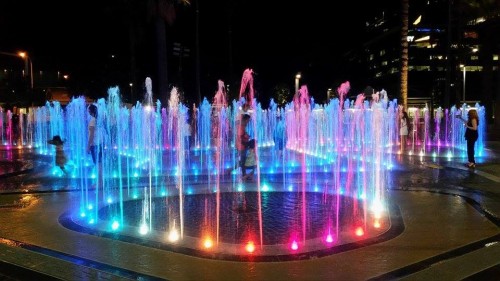 The troubled BHP Billiton Water Park water playground at Perth’s Elizabeth Quay, which has consistently been closed since the precinct’s opening in January, reportedly cost $12.85 million.

Its high cost and the presence of bacteria within the filtration of the water playground/splashpad, which the Western Australian Department of Planning reportedly knew about prior to its first shutdown has led to a call from the State Opposition for Western Australian Planning Minister John Day to resign.

should resign over his handling of problems with the Elizabeth Quay water park, the State Opposition says.

However, Minister Day has rejected suggestions that he had misled the public and the Parliament in refusing to resign, relating to how authorities handled the presence of potentially harmful bacteria within the water park.

The presence of bacteria, forcing the closure of the water park, meant Elizabeth Quay has been without one of its key attractions for much of the time it has been open.

It has since been revealed the Western Australian Department of Health knew a potentially dangerous bacterium was present at the water playground eight days before it moved to shut it down, which Western Australian Health Minister Kim Hames conceded had put public safety at risk.

Both Dr Hames and Minister Day were forced to correct the record in Parliament last week, admitting they were incorrect when they stated the bacterium Pseudomonas aeruginosa had not been found until test results were reviewed on 22nd February.

The bacterium's presence was actually first uncovered during testing on 14th February.

It has also been revealed that the Metropolitan Redevelopment Authority (MRA) spent $12.85 million on the project, including a $10 million contribution from BHP Billiton.

Western Australian Premier Colin Barnett insisted the facility was worth the investment, despite the fact the water park was only built to accommodate 150 people at a time, stating “it is a great attraction and it is a real feature of Elizabeth Quay.”

A new nature playground at Elizabeth Quay is also set to open.