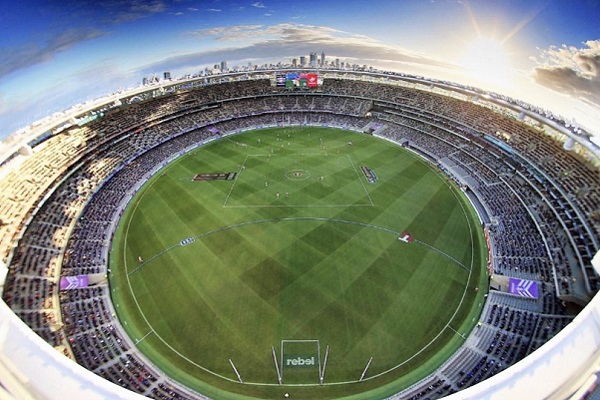 With this weekend seeing the first-ever AFL Grand Final being held in Perth, local suppliers are busy preparing for the event with tonnes of ingredients being transported to Optus Stadium.

The 2021 AFL Grand Final this Saturday will be one of the biggest sporting events to be held in Western Australia creating a huge task for the stadium's suppliers. At least eight local suppliers will be providing ingredients to cater for 61,266 fans - plus staff - at the game.

Supplies required include everything from local vegetables, meats and bakery items to spices and frozen goods.

Among the suppliers in Western Australia are:

Meanwhile, the Optus Stadium loading dock is receiving up to six truck deliveries an hour for the rest of the week.

It is estimated the sell-out crowd at Optus Stadium this weekend will drink approximately 130,000 cups of beer and consume some 23,000 pies and 7,000 hotdogs.

Around 2,600 staff will work on the day with the first starting at 3am to ensure the event runs as smoothly as possible.

Western Australian Sport and Recreation Minister Tony Buti notes "Western Australians have generated a wave of enthusiasm for the first Perth-hosted AFL Grand Final, which will benefit everything from grassroots football to the local butcher.

"There's set to be a massive boost to local retailers, with predictions Western Australians will splurge $200 million between Thursday and Sunday to cater for grand final celebrations.

"Business is expected to boom - and it won't be limited to suppliers providing food to Optus Stadium, as fans flock to pubs and AFL Grand Final parties kick off in homes right around WA.

"It's an exciting time for local small businesses and I can't wait to see all their hard work pay off as Western Australians celebrate a historic Perth Grand Final."