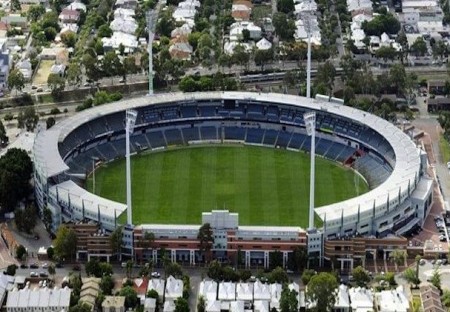 With Perth set to host the AFL’s two preliminary finals this weekend, demand for tickets for the fixtures at the city’s Domain Stadium has seen reports of ticket reselling and scalping, and led the Western Australian Opposition to introduce legislation to Parliament to criminalise scalping with fines up to $5,000.

Western Australian Premier Colin Barnett has also used Domain Stadium’s hosting of the games to promote the new Perth Stadium and question the future of the former Subiaco Oval.

With scalped tickets for Fremantle and West Coast’s home finals reportedly selling for five times the original price at a range of online resale sites, Western Australian Labor Leader Mark McGowan will today (23rd September) introduce a private members’ Bill  based on Victorian laws which target both individuals and websites which carry ads for tickets resold at inflated prices.

However, Premier Barnett has apparently dismissed the idea, stating “there will be strict supervision at the oval and I don’t think you’ll see a problem with scalping.”

McGowan aims for the laws to apply to major music concerts as well as sporting fixtures but that the potential legislation would not target the on-selling of tickets for the original price, with some leeway to recoup fees and charges, by people who genuinely couldn’t attend the event.

The law would enable people to report offending websites to police and a sale would not have to go through to attract prosecution.

McGowan stated “I think Eagles and Dockers fans would appreciate the fact that someone’s doing something about scalping of tickets because all it does is exploit footy fans.”

The lead in to the finals has also seen Premier Barnett renew his questions about the future of Domain Stadium after the new $1.4 billion Perth Stadium opens in 2018.

Having previously urged West Australian AFL clubs to abandon the Domain Stadium, and co-locate their base of operations at the Western Australian Cricket Association (WACA) ground, Premier Barnett has stated this week "Domain has no future as a major stadium.”

Adding “wouldn't it be great if we had the new stadium this weekend?", the Premier said that he believed aspects of the old oval needed to be restored and preserved as a tribute to the venue's football heritage.

He went on to state "Domain (Stadium) is tired and constrained in what it can offer.”

Premier Barnett said he was interested to hear what the City of Subiaco had to say about the future of Domain Stadium but, ultimately, it was owned by the Western Australian Government and it would make the decision on its future use.

Stating “I think the WA Football Commission will move out and co-locate with cricket down at the WACA," the WA Premier said Domain Stadium might retain some recreational aspect, but its future would be highlighted by acknowledgements of its football heritage.

He concluded “some great footballers have played there along with some very ordinary ones like me. Time has moved on. It's time to look forward to the new stadium."

Domain Stadium was first built in 1908 as Mueller Park. In 1969 a three-tier stand was built at the western end of the venue and a two-tier stand on the members' wing was completed in 1981.

In 1995 a new two-tier stand opposite the members' wing was opened, light towers were installed in 1997 and its last redevelopment, which converted the stadium into an all-seat venue, was completed in 1999 at a cost of $35 million.

Images; Domain Stadium (top) and tickets from an earlier 2015 AFL final (below). Ticket image used for illustrative purposes only with no suggestion these tickets were resold.