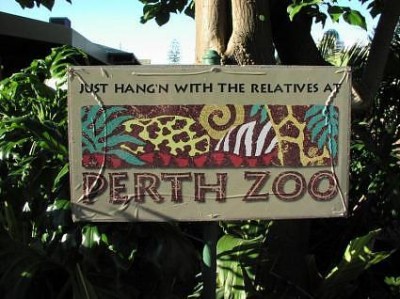 Perth Zoo has revealed is no longer getting breeding recommendations for a number of animal species because of its limited size.

However, she feels this will change an open range zoo planned for Perth’s Hills is operational.

The Western Australian Government announced plans for the open range zoo in November, with Western Australian Premier Colin Barnett recently advising that an initial environmental assessment of the 700-hectare site in Perth's north-east was very positive.

Hunt said the existing Perth Zoo was still suitable for some breeding programs, telling the ABC “this site is still absolutely fine for tropical animals, for some of our Australian breeding programs, but for large open range species such as rhinoceroses and elephants we are not getting breeding recommendations anymore.

"Zoos are very complicated, we have breeding recommendations linked to regional and global programs.

"It's time to expand and really do more for conservation and this state is absolutely placed to do that because we have the expertise … to really make a difference for wildlife conservation."

Hunt said open range zoos were getting breeding recommendations for animals including sun bears, rhinos and African painted dogs, adding “(this) means in terms of the species that are being held in Australasia, there aren't enough to make a proper insurance population.

"We will get the recommendations when we've got larger spaces, when we can have a herd of rhinos and a herd of zebras. We will make a real difference."

Premier Barnett said the environmental assessment found the open range zoo could, in addition to having exotic species, offer Australian animal experiences including large walk-through areas with emus, kangaroos and a billabong.

He said the next step would be to set up a cross agency working group to move the open zoo plans forward.