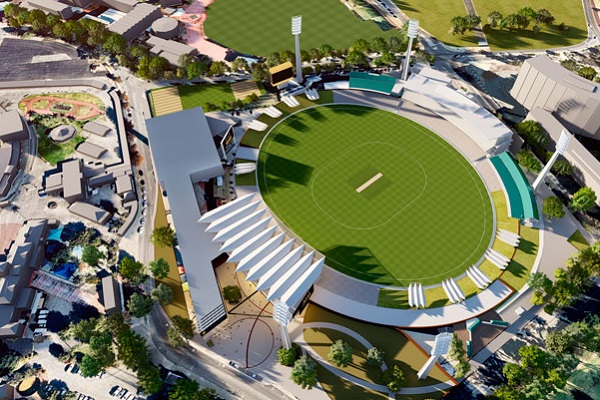 Perth Lord Mayor Basil Zempilas has questioned the development and running costs for a new aquatic centre proposed as part of the redevelopment of the city's WACA ground.

Speaking at last night's Perth City Council meeting (23rd February 2021), Lord Mayor Zempilas raised his concerns over the cost implications for the council, stating "we would welcome an aquatic facility within the City of Perth and indeed in East Perth - but not at any cost.

"And right now we simply do not know enough and do not have all the facts to be able to make a properly informed decision.

First revealed in August last year as part of the WACA's redevelopment and City Deal rejuvenation project, few further details of the inner-city pool have subsequently been released.

Announced at the time of last Western Australian state budget, the $100 WACA redevelopment project was to be funded by the City of Perth (contributing $25 million) and the Western and Federal Governments (contributing $30 million each) as part of the $1.5 billion Perth City Deal.

Amid widespread calls from Perth residents for the council to provide an aquatic facility, with East Perth being the favoured location, Lord Mayor Zempilas has recently questioned the city's commitment, made when the council was being run by state-appointed commissioners before the new council was elected last year.

At the end of January, The West Australian newspaper reported that Lord Mayor Zempilas did not want to "the City of Perth to be burdened with running a pool at the redeveloped WACA ground at a cost to ratepayers of $1.4 million a year for 40 years".

In response, Western Australian Premier Mark McGowan made it clear that operating public facilities, such as pools, without a financial return was a basic responsibility of local governments. 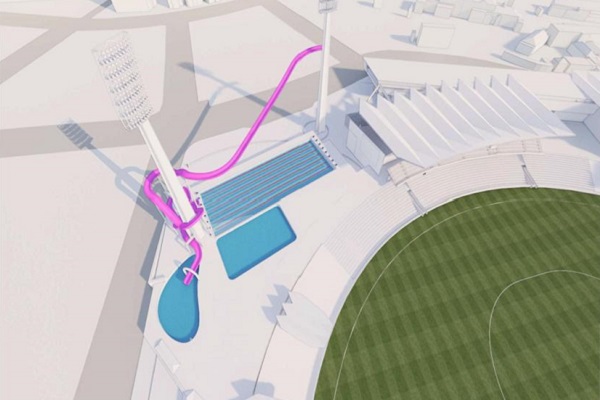 Premier McGowan’s office subsequently released a list of 130 council-run pools across Western Australia which showed the City of Perth as one of nine metropolitan councils that don’t manage a pool.

The listed pointed out that, by comparison, the City of Sydney runs six pools, Melbourne runs four, Brisbane runs 22, Darwin runs three and Adelaide one.

Premier McGowan has the support of Federal Attorney-General Christian Porter, a former WACA board member, who said it would be “incredibly surprising” if the new council slowed down the project.

Attorney-General Porter was quoted by The West Australian as saying "we all thought this agreement had been reached and it would be enormously disappointing if that were not the case,.

“The redevelopment is critical for cricket in WA and would come at a time when the infrastructure spending, jobs and revitalisation for the city that would be created by the project are needed more than ever.

“There is no stronger agreement between state and federal ministers than on the critical nature of this project and it would be incredibly surprising if the first move of a new City of Perth administration was to slow down, rather than speed up, much-needed development.”

Nonetheless, Lord Mayor Zempilas' comments last night continued to question the project, stating "right now we are conducting our due diligence" on the project and "a six lane pool, wedged between a light tower and the last row of the seats at the cricket, surrounded by concrete and with no shade – may not be the best we can do.

Calling for "visibility to any relevant signed funding agreements" he added "as yet the City of Perth has not prepared a business plan (and we have been) implored us to employ prudent financial management, transparency, accountability and good governance at all times - and on all matters.

"We won’t be rushed into a decision which involves a $30 million capital outlay by the City of Perth  - and, based on the information we have before us at present, on-going running costs of $1.4 million per year for 40 years."

At the time of the release of the WA Recovery Plan, it was announced that the "project will now also include a community aquatic centre, serving residents in the local community and drawing more families into our City.

"The addition of a community aquatic centre will add vibrancy to the area and make our city more liveable, especially for families."

Images: The concept for the redevelopment of the WACA (top) and an artist’s impression of the new swimming pool and slide (below, credit: dpastorelli/supplied).