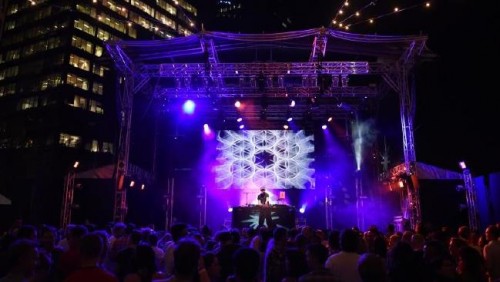 The opening of the Perth International Arts Festival (PIAF) 2016 has seem with the unveiling of the new Festival home at Elizabeth Quay – in advance of a spectacular opening weekend featuring a stellar cast Western Australian artists.

The new Chevron Festival Gardens at Elizabeth Quay is the vibrant new hub for festivalgoers to gather, eat, drink, and enjoy a dynamic line-up of world-class musicians over its 24 nights.

This year's opening performance, Home, will celebrate Western Australia's rich and complex history, with Langley Park being transformed for the event.

One of the Festival’s key events, the ambitious new Australian workHome is following in the large footsteps of last year's Giants, which drew millions of people to Perth's streets. Home is a free event that will see more than 500 performers grace a 60-metre-long stage. 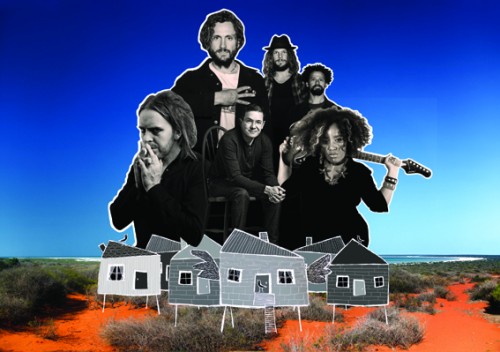 Wendy Martin, in her first year as the Festival's Artistic Director, said the success of last year's massive opening had inspired her, stating “I felt it was my responsibility to tell something about this place — made by artists from this place and telling stories from this place.”

The $17.6 million 64th Perth International Arts Festival is the inaugural program for Artistic Director Wendy Martin and gathers 1,000 of the world’s finest artists in more than 350 events over the next three weeks.

Home, which opens the Festival, is a visually sumptuous theatrical spectacular set against a 60-metre-long cinematic backdrop representing the wide horizon of Western Australia, with stunning animations projected across five massive three-storey houses. 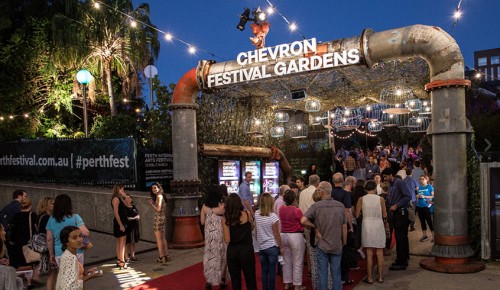 Directed by Nigel Jamieson in collaboration with Noongar elder and artist Dr Richard Walley, this PIAF commissioned opening event features more than 500 performers on stage – a 60-piece orchestra, 300 members of the Noongar community, hundreds of school children and an impressive line-up of Western Australian artists – The Drones, The Triffids, The Panics, Pigram Brothers and The Waifs, Ernie Dingo, John Butler Trio, Tim Minchin, Shaun Tan and Tim Winton, as well as hundreds of musicians and artists, to guide you on this musical and visual journey from the suburbs to the sea and from our backyards to the bush.

Under Martin’s artistic vision, the 2016 Festival brings innovative works from around the world to WA audiences.

The opening weekend of the 2016 Theatre program is equal parts philosophical, raucous and haunting, with an array of world-renowned international productions and mesmerising Australian talent.

In 2016, the Festival’s Dance program invites world-renowned talent to Australian shores. From one of India’s most important dance-makers, Aditi Mangaldas, comes the Australian exclusive of Within, celebrating phenomenal speed and precision of Kathak technique. Performing in Perth for the first time, Belgian choreographer Sidi Larbi Cherkaoui illuminates the great religious and philosophical texts in Apocrifu against the choral backdrop of the Corsican ensemble A Filetta. Aurélien Bory’s Plexus depicts dancer Kaori Ito entrapped in a breathtaking forest of 5,000 cords, Brazilian choreographer Lia Rodrigues illuminates a visceral and sensory dance experience in Pindorama and The West Australian Ballet’s muchloved Ballet At The Quarry returns with five works under the stars. 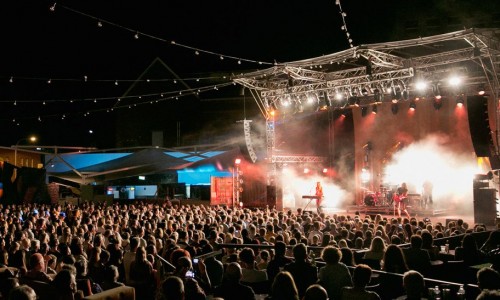 The Perth International Arts Festival opened yesterday (Thursday 11th February) and runs through to 6th March, with a number of performances across all artistic platforms on offer.