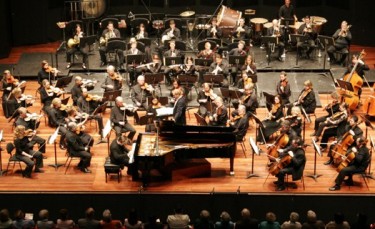 In the wake of the Western Australian Symphony Orchestra (WASO) having taken over management of the Perth Concert Hall, the 40 year old venue is set for a major overhaul.

As of 1st January, management of the City of Perth owned venue has moved from private venue manager AEG Ogden to the Perth Theatre Trust (PTT) - as part of a move by the Western Australian Government to reclaim management of Perth's State-owned theatres after 15 years of private management.

As part of a new venue management arrangement, PTT will lease the Perth Concert Hall from the City of Perth for 12 months as of 1st January 2015.

PTT Chair Peter Blaxell explained “under this new agreement between Perth Theatre Trust and WASO, the Trust holds the lease, while WASO is responsible for the venue management and activation of the Perth Concert Hall in 2015.”

Blaxell said this arrangement would be a transition year for WASO as it begins relocating to the Perth Concert Hall.

A separate not for profit entity, WA Venue and Events Management Pty Ltd, has been set up as the signatory to the agreement with the Western Australian Government. This company operates as a sister company of WASO Pty Ltd.

WASO Chairman Janet Holmes à Court AC said the new management arrangement would provide opportunities to activate the venue and bring in new hirers and new audiences, stating “WASO’s long association with the Perth Concert Hall has provided the company with an intimate understanding of the venue, and the needs of promoters, which we aim to use to achieve greater utilisation rates and revenue.

“There is a tremendous amount of potential for this venue and we’re looking forward to working towards achieving our vision to create a hub of activity and vibrancy at the Perth Concert Hall and the surrounding precinct.”

Ord added “DCA is also currently working with the City of Perth on a priority works schedule to deal with maintenance issues at the Perth Concert Hall,” Mr Ord said.

He said WASO would be commissioning a feasibility study in 2015 on their full relocation to the Perth Concert Hall, concluding "the initial 12 month agreement will give us time to respond to the City of Perth’s longer term strategy to make the Perth Concert Hall and its forecourts a venue which offers a broad range of classical and contemporary music and events.”

According to a report in The West Australian, a WASO vision document proposes enlivening the Concert Hall's forecourt on St Georges Terrace with cafes, bars, weekend markets, art installations and outdoor films.

The document said WASO wanted to turn the Concert Hall into an exciting hub, encourage more visitors and break down perceptions the venue was for 'elite' classical music only.

Leading West Australian catering consultancy service Heyder & Shears have been awarded the food and beverage contract for the venue and beginning operations in time for the first concert yesterday (6th January).