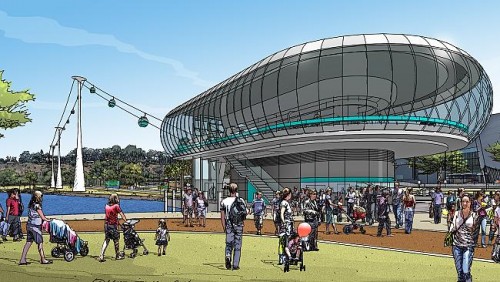 A proposal for a cable car connecting Perth’s Elizabeth Quay to Kings Park would inject $30.5 million in new tourism spending into the Western Australian economy and create 340 jobs.

The plan, which would require $80 million in private investment, would, according to its proponent, Tourism Council WA, be a major attraction to bring together new developments such as Perth Stadium, new hotels, Elizabeth Quay and other major precincts.

Launched last week in Tourism Council WA’s Missing Pieces: Perth Cable Car document, the proposal says that the ride would be a landmark experience for Perth - similar to the Sydney Bridge Climb or the London Eye - attracting 648,000 riders.

Of these riders, it’s expected 50% would be West Australians, 30% would be international visitors and 20% from interstate.

“A Perth Cable Car from Elizabeth Quay to Kings Park would increase the appeal of Perth as a destination.”

“Research shows that visitors to Australian capital cities who use tourist rides and man-made attractions, like cable cars, stay longer in their destination.

A preliminary study by the Metropolitan Redevelopment Authority found the cable car system was “technically feasible” and “commercially viable without government funding”.

Hall said it was imperative for the Western Australia Government to bring together all relevant agencies involved in approving the Perth Cable Car in a whole-of-government approach to select the route and expedite the approvals process.

Other developments flagged by the Tourism Council are an expansion of the Perth Convention and Exhibition Centre and ‘branding, marketing and events’ to fill entertainment precincts, hotels and restaurants.

Image: An artists impression of the Perth Cable Car - commissioned by the Tourism Council WA. The proposed cable car will run from Kings Park to the city foreshore.