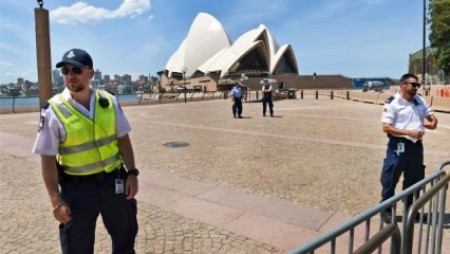 Australia’s popularity as a destination for international visitors is being boosted by its perception as a safe and secure location.

The latest ABS Overseas Arrivals figures released today confirm that 8.2 million people travelled to Australia over the 12 months to November 2016 - up 11.3% on the previous year.

Linked to this growth, research undertaken by Tourism Australia reveals that Australia is ranked number one worldwide as a destination associated with safety and security.

Released last year, the research showed safety and security was also rated the most important factor in selecting a destination by 54% of people in key overseas markets, ahead of value for money and natural beauty.

Commenting on this trend, Tourism & Transport Forum Australia Chief Executive Margy Osmond stated “Australia has a strong reputation as a safe and secure destination which is increasingly becoming a major drawcard for international visitors and encouraging more Australians to see their island continent rather than head overseas.

“Research done by Tourism Australia has shown that safety and security for one in two Chinese visitors (49%) is the most important factor when selecting a holiday destination. Safety and security is ahead of world class nature (48%), food and wine (45%), and value for money (33%) as deciding factors.

“Our safe and secure image is a strategic advantage we need to guard jealously because, as we have seen overseas, it only takes an incident to destroy that perception and it is very difficult to rebuild it.”

Acts of terrorism in Europe have taken a major toll on the tourism industry, with countries like Turkey seeing visitor numbers reduced by a third.

Australian travellers have also turned away from European nations such as France as the Department of Foreign Affairs and Trade continues to warn tourists to exercise a high degree of caution.

In addition, tourism search engines have noticed a downturn in searches for places like Dallas in the US where gun violence has made global headlines.

Commenting on the the latest ABS Overseas Arrivals, Osmond adds “last year was a year of tax hikes and fee increases on the tourism and transport industries with the backpacker tax and the increase in the holiday tax – the Passenger Movement Charge – to $60. This year must be about the government keeping its hands out of the pockets of the industry so we can reach our full potential as a wealth and jobs generator for the nation.

“(These) excellent figures don’t happen by accident or good fortune. It’s the hard work of industry and tourism authorities to promote Australia as a must-see destination for international visitors at a time when they can choose from anywhere in the world to travel - it’s a cut-throat competition and we cannot afford to take our eye off the ball for a second.”

“While China continues to grab the headlines this year as it is anticipated to overtake New Zealand as our largest single visitor source market, we should not ignore the impressive growth we are experiencing in other Asian markets such as India (11.5%) Singapore (12.1%), Hong Kong (12.6%) Malaysia (15.7%), Japan (22.2%) and South Korea (27.2%).

“We need to make 2017 a year in which government and industry sit down together as part of a high level discussion on what actions we need to implement to make sure our infrastructure from our airports and cruise terminals to our roads and public transport to our accommodation offering and our attractions are ready to meet the massive growth in demand.”

Image: A security operation at the Sydney Opera House.